Born Nicholas David Kershaw on 1st March 1958 in Bristol, he grew up in Ipswich where he discovered his love for music. His father was an architect and flautist in the town’s orchestra and his mother trained as an opera singer. He describes himself as a late developer, first picking up a guitar when he was 15, as a result of watching a TV documentary on David Bowie. Other early influences included such diverse artists as T-Rex, Deep Purple, Simon & Garfunkel and Genesis. Several local bands later and after three years working as a civil servant, he grabbed the opportunity to turn professional, serving his apprenticeship playing guitar in jazz fusion and functions bands.

He signed with MCA Records in 1983 and, in the September of the same year, "I Won't Let the Sun Go Down" was released for the first time, reaching a respectable No.47 in the UK charts (achieving a rather more respectable No. 2 when re-released the following summer). This was followed in January 1984 by "Wouldn't It Be good" which languished gracefully at No.4 in the UK charts for five weeks and was to break

Kershaw worldwide. The seminal “Human Racing” album was released in March and achieved platinum sales in many territories. He managed to squeeze in two European tours, four more hit singles and another platinum album (“The Riddle”) before the end of the year.

1985 saw three hit singles, tours of Europe, Canada, Australia, the States and Japan and an appearance at "Live Aid". He was to record two more albums with MCA, “Radio Musicola” and “The Works” before leaving the spotlight in 1989 to focus on song writing and production.

The 90s saw him working with the likes of Cliff Richard, Bonnie Tyler, Lulu, Ronan Keating, Jason Donovan, Nick Carter, Michael W Smith, Connah Reeves, Colin Blunstone, Petula Clark, Gary Barlow, The Hollies, Let Loose and Imogen Heap. Most notably, he penned and co-produced the ubiquitous “The one and only” for Chesney Hawkes.

His sabbatical was briefly interrupted to work with Tony Banks (Genesis), and to record a self-penned duet with Elton John for the great man’s “Duets” album. He returned to making his own records in 1998 with his fifth studio album “15 Minutes”, on Eagle Records. This was followed by the equally well-received “To Be Frank” (2001), “You’ve Got To Laugh” (2006) and the solo acoustic “No Frills” (2009). Nik’s most recent album “Ei8ht” was released in 2012 and produced the singles ‘The Sky’s The Limit’ and ‘You’re The Best’.

Throughout his career, Kershaw has attracted praise from such legends as Eric Clapton and Miles Davis and has been nominated for four Brit Awards. Elton John famously described him as being “the best songwriter of his generation”. He continues to write and record (both for his own projects and for film and TV) and Perform his songs, old and new to his faithful following all over the world. 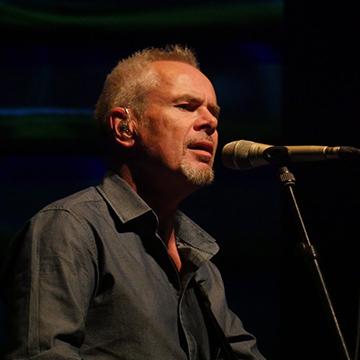