Main Artist: The Academic
Line Up/ Support: Bry + Gypsies On The Autobahn

With special guests Bry + Gypsies On The Autobahn

After spending the majority of this year making waves in the US, Westmeath indie rockers The Academic return for what will be their first and only Irish headline show of 2017, at Vicar Street on November 4th.

The 4 piece have enjoyed a meteoric rise since releasing their debut  EP ‘Loose Friends’ just under 2 years ago. A Choice Music Prize nomination for their debut single ‘Different’ was followed by sold out shows and tours across Ireland, the UK and Europe, millions of streams online, and radio airplay across the world most recently with their hit song ‘Bear Claws’ an “indie banger” according to Clash Magazine. The track which is the first single from their highly anticipated Debut Album has been gaining huge momentum at radio in Ireland, the UK, Europe and now in the US where it was the 8th most added track at the hugely influential Billboard Alternative Chart a couple of weeks ago.

“killer hooks once in your brain, will probably refuse to leave” – DIY Magazine 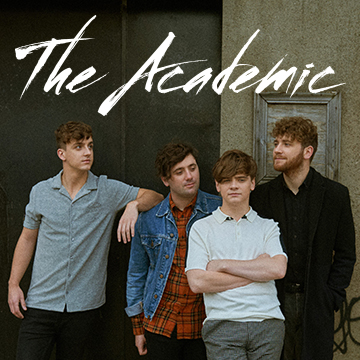