Belinda Carlisle is one of those rare talents who continues to remain relevant after nearly four decades in the business. Amidst changing tastes, the gifted and glamorous singer-songwriter has indelibly touched the hearts of pop fans around the world with her unique blend of gutsy vocals, emotively charged melodies and picturesque lyrics.

With a multi-dimensional, internationally acclaimed recording catalog and countless tours showcasing her chameleonic musical prowess, the woman who began her career as co-founder and lead vocalist of ground breaking all-female new wave/rock band The Go-Go’s has amassed worldwide sales in excess of 15 million albums and singles.

Heaven on Earth, Carlisle’s 1987 sophomore solo album, was undoubtedly the catalyst in transforming her from a successful artist with a loyal following to a household name in demand in arenas across the globe. The album’s lead-off single, “Heaven Is a Place on Earth,” climbed the top ten in no less than twelve countries while achieving multiple gold and silver certifications. Bolstered by an iconic video directed by Academy Award- winning actress Diane Keaton, the anthemic, driving pop gem marked the first of more than twenty top-charting global singles from five Carlisle albums reaching gold, platinum and multi-platinum sales marks.

The Grammy-nominated “Heaven Is a Place on Earth” was followed in 1988 by “I Get Weak” and “Circle in the Sand,” which put Belinda-mania into full effect alongside the commencement of Carlisle’s Good Heavens tour. The next year, she upped the ante even further with the Runaway Horses album and world tour. Six intercontinentally impactful singles, including “Leave a Light On” (featuring none other than The Beatles’ George Harrison on slide guitar), “La Luna,” and “Summer Rain,” kept her on the charts

into early 1991, and she wasted no time entering the studio once again for the eclectic follow-up, Live Your Life Be Free. Blending her signature classic pop-inspired sound with hip dance influences, the album yielded a handful of hits across Europe including her own “Little Black Book” as well as “Half the World.”

After The Go-Go’s farewell tour in 2016, Carlisle embarked upon her most adventurous musical project yet. Adapting her longstanding love for the practice of Kundalini yoga to her enduring passion for performing, she upped the ante on her studies of the form’s musical premise: Sikh chants performed in Gurmukhi scripture. 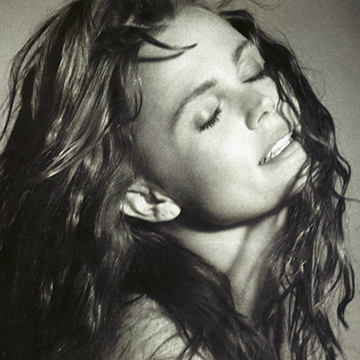