“If you truly want to get a sense of his character, you must see him live.” – When The Horn Blows

“It’s like he casts a spell on the crowd every time he takes to the stage.” – Gig Goer

“Rainbow Valley is all soul, and all heart, and even the low-key songs have a sprawling majesty to them.” – The Independent

“Rainbow Valley’s organic, and at times, spiritual clarity reveals an album whose voice is akin to that of a dear old friend.” – London In Stereo

The live video for current single ‘Miracle Love’ lifted from his acclaimed album, Rainbow Valley was recorded live at Manchester Cathedral, where Matt played as part of his headline UK tour earlier this year that also included two sold-out dates at Kentish Town Forum. The performance video is a testament to Corby’s remarkable vocal range and the heartfelt tenderness of ‘Miracle Love’ itself. Beautifully shot and viscerally moving, it shines a light on the magic of Matt’s extraordinary live shows.

Performing all instruments and vocals on the critically acclaimed Rainbow Valley, Corby has created a lush, multi-textured album sparked by hints of both old soul and futuristic psychedelia. Working with old friend and long-time collaborator Alex Henriksson, who is co-writer of two songs on the record, Corby retired to the idyllic surroundings of Byron Bay’s Music Farm studios with Telluric producer Dann Hume and engineer Matthew Neighbour.

MATT CORBY’S ‘RAINBOW VALLEY’ IS OUT NOW STREAM / DOWNLOAD HERE Includes ‘No Ordinary Life’, ‘All Fired Up’ ‘All That I See” & “Miracle Love” 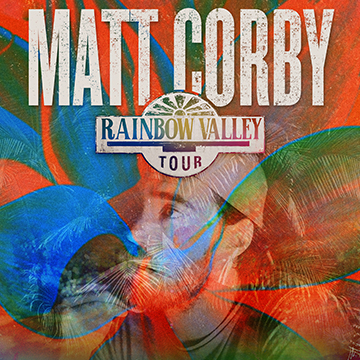