JOHN SHEAHAN – A DUBLINER AND HIS GUESTS

Catch some of the performances on The Late Late show HERE

John began playing the tin whistle while at school and soon picked up a fiddle he found at home. He studied classical music at the Dublin School of Music for 5 years before playing with some ceili bands.

Meanwhile Ronnie Drew, Luke Kelly, Barney McKenna & Ciaran Bourke were starting to play and sing around Dublin. It wasn’t long before John and his friend Bob Lynch started to support the Ronnie Drew Ballad Group, as they were then known. Shortly afterwards they were both asked to join the band. The Dubliners were born.

The Dubliners took the folk world by storm. Nobody had ever heard or seen anything like them before. Driven by John & Barney’s wonderful fiddle & banjo sound and the songs that Luke, Ronnie & Ciaran sang they travelled the world playing sold out shows, had hit records, sold albums by the bucket load and through it all remained true to their Dublin roots.

This show will feature some very special guests. With John Sheahan expect the unexpected! 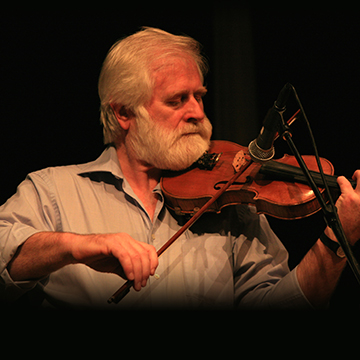