The album and film are preceded by lead single ‘Sing Along’, which was featured as Zane Lowe’s ‘World Record’ on Apple Music’s Beats 1 and is available now at all DSPs HERE.  The official music video for Sing Along’  - streaming now at Simpson’s official YouTube channel – was directed by Japanese anime legend Jumpei Mizusaki, and offers a preview of the forthcoming film, which is set entirely to music from the full album with a different anime segment for each individual song.

Produced by Simpson, ‘SOUND & FURY,’ the album, was recorded primarily at the McGuire Motor Inn in Waterford, Michigan, with his bandmates Bobby Emmett, Chuck Bartels, Miles Miller, who all serve as co-producers along with GRAMMY nominee John Hill (Cage The Elephant, Portugal.The Man, Bleachers).

The album – which Simpson describes as “a sleazy, steamy rock n roll record” – is a marked departure from 2016’s acclaimed ‘A Sailor’s Guide To Earth,’ which won ‘Best Country Album’ and was nominated for ‘Album of the Year’ at the 59th GRAMMY Awards.

Simpson brought his electrifying live show to the small screen with nationally televised performances on The Late Show with Stephen Colbert, The Daily Show with Trevor Noah, Conan, The Tonight Show Starring Jimmy Fallon, Late Night with Seth Meyers, and, most memorably, on Saturday Night Live and the 59th GRAMMY Awards telecast.

Earlier this summer, Simpson unveiled a brand-new track ‘The Dead Don’t Die,’ the original theme song for the acclaimed film of the same name, written and directed by Jim Jarmusch.

‘Sound & Fury’ is available to pre order at SturgillSimpson.com 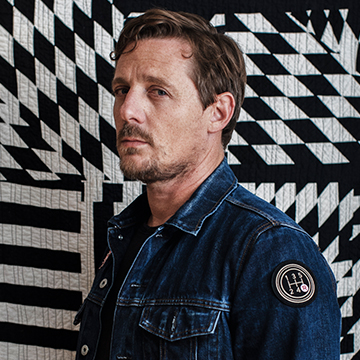