Tickets priced €25 on sale Friday January 24th at 10am

Following last year’s sublime sold out show at the Button Factory, Natalie Mering’s Weyes Blood play their biggest Irish headline show at Vicar Street in June as part of her A Lot Has Changed Tour 2020.

Titanic Rising was also named one of the “Best of the Decade” from the likes of All Music, Aquarium Drunkard, The AV Club, Brooklyn Vegan, Pitchfork, PASTE, Treble Zine, and Uproxx. Weyes Blood’s Titanic Rising, which features the highlights “Movies,” “Everyday,” “Andromeda,” “Something to Believe” and “Wild Time,” is available everywhere from Sub Pop.

“In emotional terms Titanic Rising is immense – names like Annette Peacock, Linda Perhacs and Judee Sill come to mind, but only because it feels like so long since you’ve heard pop this epic…”  The Wire

“Weyes Blood comes through with an immaculately produced and performed baroque pop album in Titanic Rising.” The Needle Drop

“Natalie Mering’s fourth album is a grand, sentimental ode to living and loving in the shadow of doom. It is her most ambitious and complex work yet.” Pitchfork 8.5 Best New Music

Album of the Week Stereogum 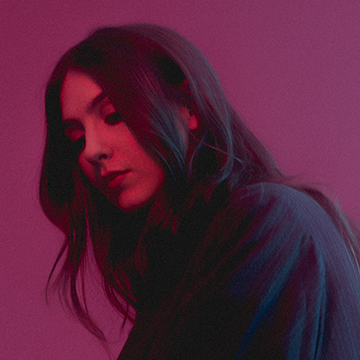