The High Kings “The Home From Home Tour”

Tickets on sale THIS FRIDAY 10th September at 10am

Following the release of their latest record ‘Home from Home’, The High Kings are delighted to announce they will be back performing from December this year to February 2022.

‘Home from Home’ was recorded live at Concert Deck in Dublin and is a journey through classic folk songs, old and new.   According to Brian Dunphy, “this album is our effort to bring us all together until a time when we can meet in person again.”

Speaking about going out on tour, the band said: “We are absolutely delighted and to finally have the opportunity to get back on tour around Ireland.  It’s been a surreal time in all of our lives, and I can promise you The High Kings are ready to bring the good times back again.”

About The High Kings:

Formed in June 2007, The High Kings play 13 instruments between them, creating the unique sound that thrills audiences all over the world.

Their self-titled debut album, released in 2008, reached number 2 on the Billboard World Music chart, setting the stage for the success they’ve enjoyed stateside ever since.

Since the inception of the band, The High Kings have toured Ireland, the United States and Europe almost annually. Performing mostly traditional Irish songs, they are known to sing arrangements from other genres from time to time and have earned a legion of loyal fans.

Their career has seen many highlights: in 2012 they performed for President Obama during his visit to Ireland. This led to a personal invitation from the President to perform at the 2012 White House St. Patrick’s Day celebration. They flew directly from London where they had already been the headline act for the Lord Mayor of London’s St. Patrick’s Day concert. In 2015 The High Kings were invited to the Pentagon as guests of General Martin Dempsey, then Chairman of The Joint Chiefs of Staff. They performed alongside the US Marine Corps band marking another special occasion for the band.

2021 saw the release of Home from Home, their brand-new 11 track album. Recorded live at Concert Deck in Dublin, Home from Home is a journey through classic folk songs, old and new.

Connect with The High Kings 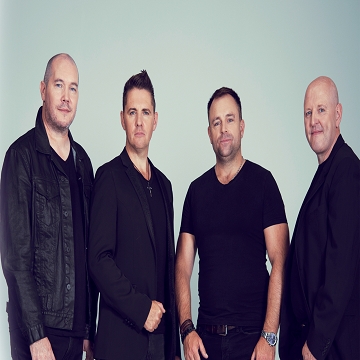