Tony Cantwell is a Dublin based comedian and improviser.

With his videos; he’s generated over 4 million views online and amassed quite a cult-following thanks to his oddball alter-egos Ploon, Your Ma’s Mate and The Dublin Frenchman as well as hundreds more created through his daily Instagram stories.

In 2019 he started his hugely popular Podcast “Tony Cantwell’s Shitshow.”

As a performer; the first run of his 2018 show ‘Soft Boy’ sold out in just 20 minutes, followed by sell-out shows at Kilkenny Cat Laughs, Cork and both appearances at Vodafone Comedy Festival and the Edinburgh Fringe Festival.

The man hot press voted the 2nd and then 3rd best comedian in Ireland is back with his brand new comedy show PONY!

“One of Ireland's greatest ever comedy sketches.” - JOE.ie

“His unconventional take on comedy belongs on The Adult Swim network.” - The Irish Times

“One of the city’s most exciting emerging comics” – Totally Dublin 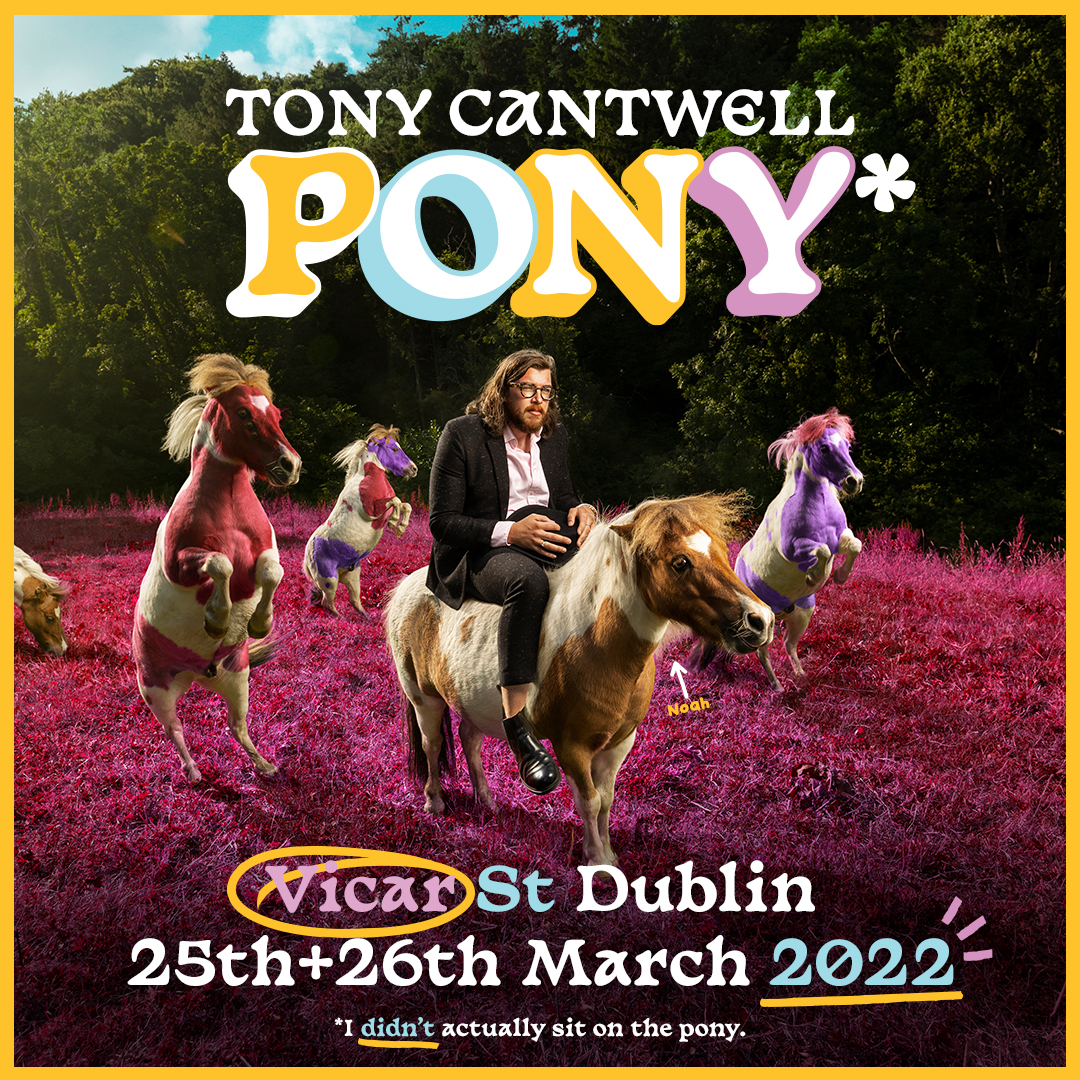