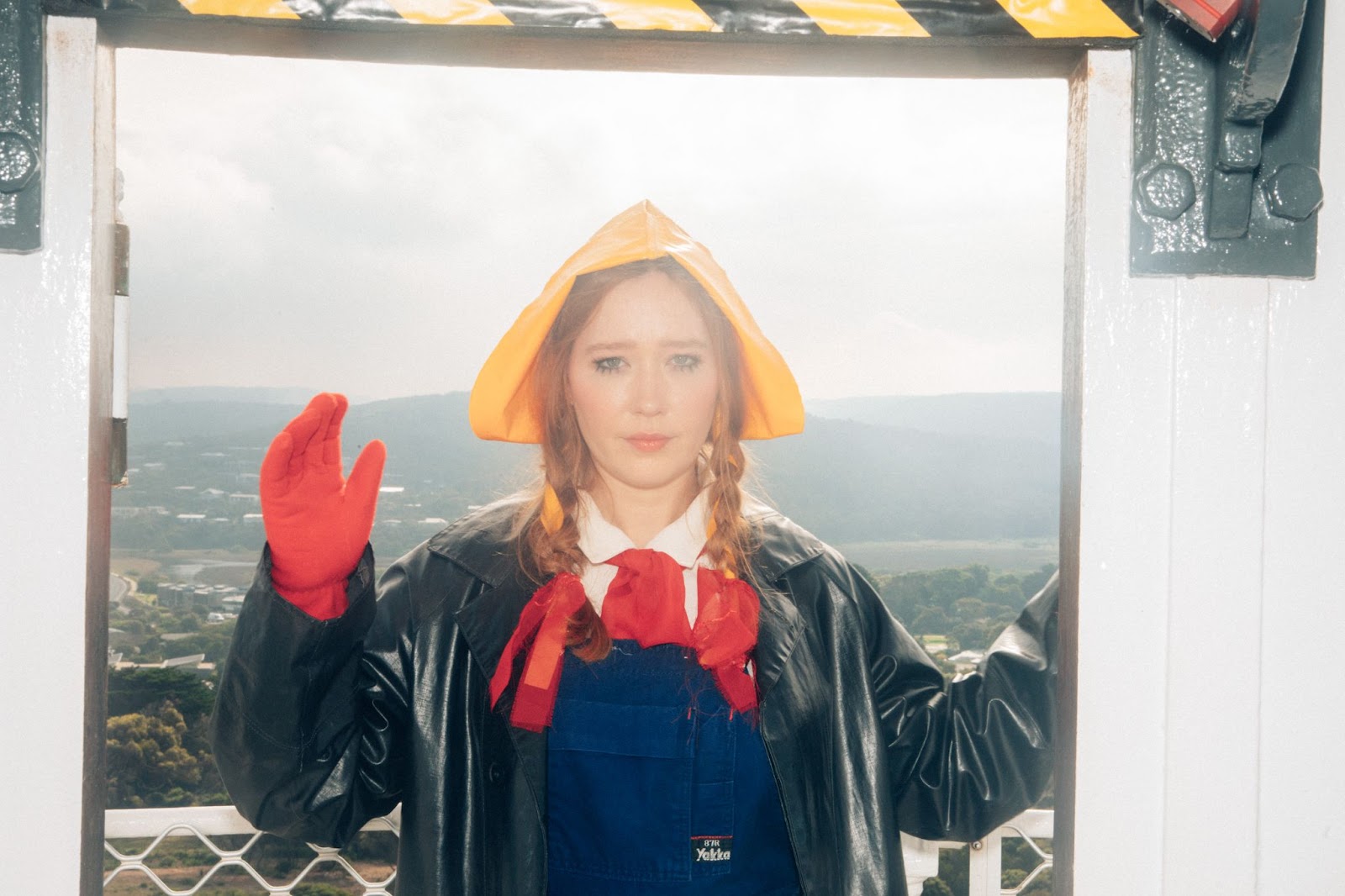 Today, Australian singer/songwriter Julia Jacklin announces her highly anticipated new album PRE PLEASURE set for release on August 26, 2022 via Transgressive Records. The album is a masterclass in songwriting and cements Jacklin’s status as one of the most important songwriters of her time. To celebrate, Julia announces a headline show at Vicar Street, Dublin on 3rd November 2022.

“Lydia Wears A Cross” is the first single from the new album and Jacklin has today released the new video as well. On the song Julia says “The song is about a lot of things but mainly being a 7yr old Jesus Christ superstar fanatic attending catholic school trying to figure out which way is up. The music video was filmed by my constant collaborator and friend Nick Mckk at Splitpoint lighthouse. I played a show close by recently and asked on stage if anyone could let me film inside. Someone in the crowd knew a guy and that was it. The rest was filmed in the streets of Northcote, Melbourne.”

“A lot of the time I feel like I need to do all the work before I can enjoy my life,” says Julia Jacklin of her third album, PRE PLEASURE. “Whether that’s work on songs or sex, friendships, or my relationship with my family – I think if I work on them long and hard enough, eventually I’ll get to sit around and really enjoy them. But that’s not how anything works is it. It’s all an ongoing process.”

The binary of casual crisis is a powerful force in Julia Jacklin’s music. Since releasing her debut album Don’t Let the Kids Win in 2016, the Melbourne-via-Blue Mountains singer/songwriter has carved out a fearsome reputation as a direct lyricist, willing to excavate the parameters of intimacy and agency in songs both stark and raw, loose, and playful. If her folky 2016 debut Don’t Let the Kids Win announced those intentions, and the startling 2018 follow-up Crushing drew in listeners uncomfortably close, PRE PLEASURE is the sound of Jacklin gently loosening her grip.

Conceived upon returning home at the end of a mammoth Crushing world tour, and finished in a frantic few months of recording in Montreal (“The songs on this record took either three years to write or three minutes”), PRE PLEASURE sees Jacklin expanding beyond her signature sound, while conjuring the ripples and faultlines caused by unreliable communication.

Stirring piano-led opener ‘Lydia Wears A Cross’ channels the underage confusion of being told religion is profound, despite only feeling it during the spectacle of its pageantry. The gentle pulse of ‘Love, Try Not To Let Go’ and dreamy strings of ‘Ignore Tenderness’ betray an interrogation of consent and emotional injury (beneath the sheets you’re just a cave / a plastic bucket, or a grave / who said you’re not what you get / you are what you gave away). The stark ‘Less Of A Stranger’ picks at the generational thread of a mother/daughter relationship, while the hymnal ‘Too In Love To Die’ and loose jam of ‘Be Careful With Yourself’ equate true love with the fear of losing it. Gorgeous string-drenched closer ‘End Of A Friendship’ offers a grand gesture of post-communication – an effort to bestow fireworks on a friendship that’s fizzled out.

Those musical flourishes can be traced to an inspiration Jacklin rediscovered while questioning her own motivation at the end of the Crushing tour. “Once music becomes your job, you can lose the purity of music fandom,” says Jacklin. “I spent the last two years trying to reconnect with that. I didn’t play much, I just listened. Especially to a lot of big pop music like Celine Dion, Robyn and Luther Vandross – music that wasn’t so heavy, big feelings, big production. You lose sight of what putting on a big, beautiful song can do.”

There are moments throughout the ten songs that reflect this source inspiration, and Jacklin’s willingness to explore new terrain as both a producer and songwriter, but ultimately PRE PLEASURE presents Jacklin as her most authentic self; an uncompromising and masterful lyricist, always willing to mine the depths of her own life experience, and singular in translating it into deeply personal, timeless songs.

“Throughout ‘Crushing’ her vocals are quite incredible, and it’s here where the limited resources of her hometown and her desperation to sing anything at all come good for all of us.” – Loud and Quiet 9/10

“New LP, Crushing, is a dark exploration of the desolation following a breakup, but the bitter medicine is sweetened by Jacklin’s voice and the occasional garage rush.” – Uncut 8/10

"With these elegantly devastating songs, she carves out a space, and a class, all of her own.” – Mojo 8/10

“A masterclass in narrative songwriting.” – The Independent 5/5

“Songs that stop you in your tracks.” – The Daily Telegraph 5/5

“Julia Jacklin is an artist to treasure” – Evening Standard 4/5

"The result is a body of work that looks you in the eye, says what it means, and reflects every part of her." – The Guardian

“Unpacking messy feelings over delicate guitars, ‘Crushing’ may have been born from a place of confusion, but Julia Jacklin’s voice sounds clearer than ever.” – DIY 4/5

“It’s a beautifully recorded work whose pervasive intimacy and melancholy invite you to close the curtains, turn off the lights and wallow.” – Record Collector 4/5 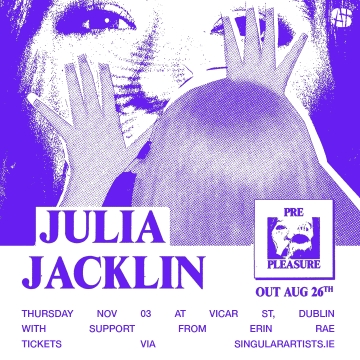