"The Texas-based indie hero created viral magic in his bedroom, but his new Phoenix-inspired album sees him head into bolder musical territory"  NME

Dayglow, the Austin, TX native who has cemented himself as an indie-pop innovator over the last two years, has today dropped ‘Second Nature’, the third track from his forthcoming album People in Motion (out October 7th on AWAL).

‘Second Nature’ is unexpected, sounding like the sonic lovechild of Daft Punk and The 1975, as psychedelic, funky synths lay the groundwork for an ear-wormy hook and undeniable feel-good energy. Dayglow continues to deliver cathartic music that resonates with the masses, serving the perfect concoction of indie charm, pop sensibilities, and funky instrumentation. In an era of music when most songs take a team of co-writers and producers to create, Dayglow’s music remains uniquely Sloan’s – created solely by him. 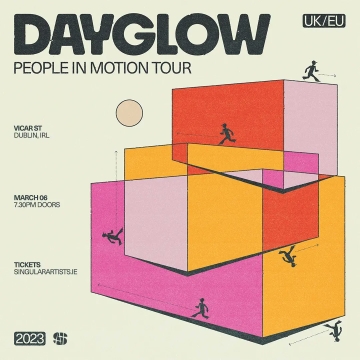