The platinum-selling Mick Flannery albums White Lies and Red to Blue will be available on vinyl for the first time ever via Universal Music on Friday, 9th December 2022.

To celebrate the release of these two fan favourites on Vinyl, today Mick has announced he will play a special show on December 16th at Vicar Street in Dublin, playing songs from across these titles, and debuting some songs from his new album coming later in 2023.

The album was released on September 12, 2008, achieving a top ten position on the Irish Albums Chart and featuring prominently on national radio stations. White Lies went on to go platinum in Ireland. It also received a nomination for the Choice Music Prize.

The album features stand out songs including ‘Tomorrow's Paper’ which received  huge airplay support at the time of release, and also fan favourites ‘Safety Rope’, ‘California’ and ‘Wish you well’

About Red to Blue

Red To Blue was released on March 30th, 2012. It spent 3 weeks at number one in the Irish album charts.  Produced by long-time collaborator Christian Best at various locations in Ireland over 2011. Singles ‘Gone Forever’ and ‘No Way To Live’ were radio hits at the time, Other stand out tracks from the album include ‘Keepin Score’ and the album’s name sake ‘Red To Blue’.  Later that same year US artists Shawn Colvin along with EmmyLou Harris recorded ‘Up On That Hill’ another one of the album's tracks. The closing track ‘Boston’ is largely considered one of the best songs on the album, and is still one of Flannerys’ most requested songs. 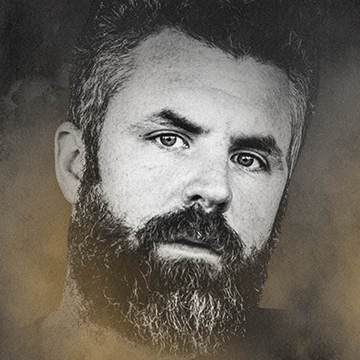