The Backseat Lovers is a rock band from Salt Lake City, UT. The band formed when lead vocalist Joshua Harmon, having heard of local drummer Juice Welch, introduced himself and asked if he wanted to start a band. They immediately started working on arrangements for some of Josh's songs. Later Josh met lead guitarist and vocalist Jonas Swanson while waiting in line for an open mic at the Velour in Provo city.

Initially forming in high school and around the music scenes of Salt Lake City and Provo in 2018, primary songwriters Joshua Harmon (vocals/guitar) and Jonas Swanson (vocals/guitar) with KJ Ward (bass) and Juice Welch’s (drums) journey as The Backseat Lovers began with the pure love of songcraft, live performance and DIY-ethics.

They completed their first EP, Elevator Days, just before graduation. What soon became a runaway train after the release of their first album When We Were Friends, has rolled on to include 370 million total worldwide streams, including the Top 20 Alternative hit "Kilby Girl" which spent five weeks on the U.S. Spotify top songs chart.

Now they bring their newest songs to the live stage, including the lead single “Growing/Dying” from their forthcoming album Waiting to Spill.

Connect with The Backseat Lovers 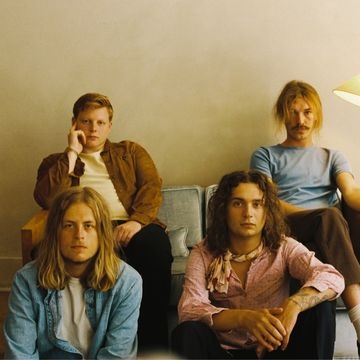