Acclaimed and award winning concertina player Cormac Begley will headline Dublin’s Vicar Street for the first time on April 23rd  2023. Cormac’s career has gone from strength to strength over the past year; winning Best Folk Instrumentalist 2022 at the RTÉ Folk Awards and Irish Times Album of the Year 2022, with his second solo album ‘B’. The album ‘B’ celebrates the bass concertina, a very rare instrument and on this album Cormac uses two Dipper-made Bass concertinas to record all 12 tracks. His bold choice to concentrate solely on the bass and baritone register, the first album of it’s kind in any musical genre, has not gone unnoticed for all the right reasons and it has been described as 'Album of the decade' DonalDineen, 'The musical gift that keeps on giving' The Irish Times, seven five star reviews and 'Groundbreaking' RTÉ Arena. The album and tracks from the album were nominated over three categories at the RTE Folk Awards 2022 for ‘Best Folk Album’, ‘Best Original Folk Track’, and ‘Best Folk Track’.

Cormac Begley hails from West Kerry, where his families’ roots are firmly cemented in traditional music. He plays thirteen concertinas that range from bass to piccolo register. Cormac’s daring and soul stirring approach to the playing of the concertina has opened up the instrument to a broader audience; garnering attention from renowned choreographer and director Michael Keegan Dolan. Dolan’s award winning, sell out show ‘Mám’ heavily features Cormac’s playing and music and led to a documentary film based on the show, ‘The Dance’ (IFTA nominated 2022) directed by Pat Collins. Cormac’s collaborates with several artists and appears on the latest and forthcoming albums of Lankum, Ye Vagabonds, Stephen James Smith and Lisa O’Neill and has toured extensively with artists Lisa O Neil, Liam O Connor, Liam O Maonlaí, Rushad Eggleston, Ye Vagabonds and Martin Hayes. His long-standing musical relationship with Lisa O’Neill saw them feature in the last scene of the BBC / Netflix series ‘Peaky Blinders’. Cormac, his father Breanndán and his 40 year old camper van Beauty returned to TG4’s screens in the second series of ‘SlínamBeaglaoich’ giving us a musical insight to Ireland’s southern coastline. Cormac’s music has also featured in RTÉ’s ‘Epic West’ with Tommy Tiernan and ‘Steps of Freedom’ directed by RuánMagan, ‘The Works presents..’ with John Kelly and Dancer Stephaine Keane’s short ‘Éist’, which made a huge impact of the European film festival circuit. Cormac closed out the year of 2022 by headlining the closing performance of the Other Voices Festival in the famous St. James’ Church, Dingle.

Cormac will be joined on the 23rd of April in Vicar Street by special guests yet to be announced. 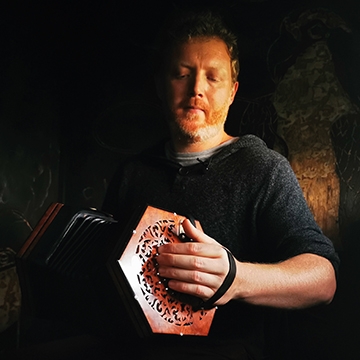