Following on from the success of the High on the Sound project tribute to Elliott Smith, the Color Bars Experience pays tribute to another great melodist in the person of Nick Drake.

Nick Drake left his mark on pop music despite only releasing  3 albums, each one iconic. He was a talented pianist and saxophonist, and although his works didn’t find fame during his short lifetime, renown and recognition have never stopped growing since the seventies, to the point that Nick Drake is today idolized and considered as one of the most influential authors and composers of the second half of the twentieth century. His Pink Moon album is the central point of this tribute, an album with only one guitar and his voice. The Color Bars Experience will play this album in a chamber music format, exclusively acoustic instruments, classical instruments. 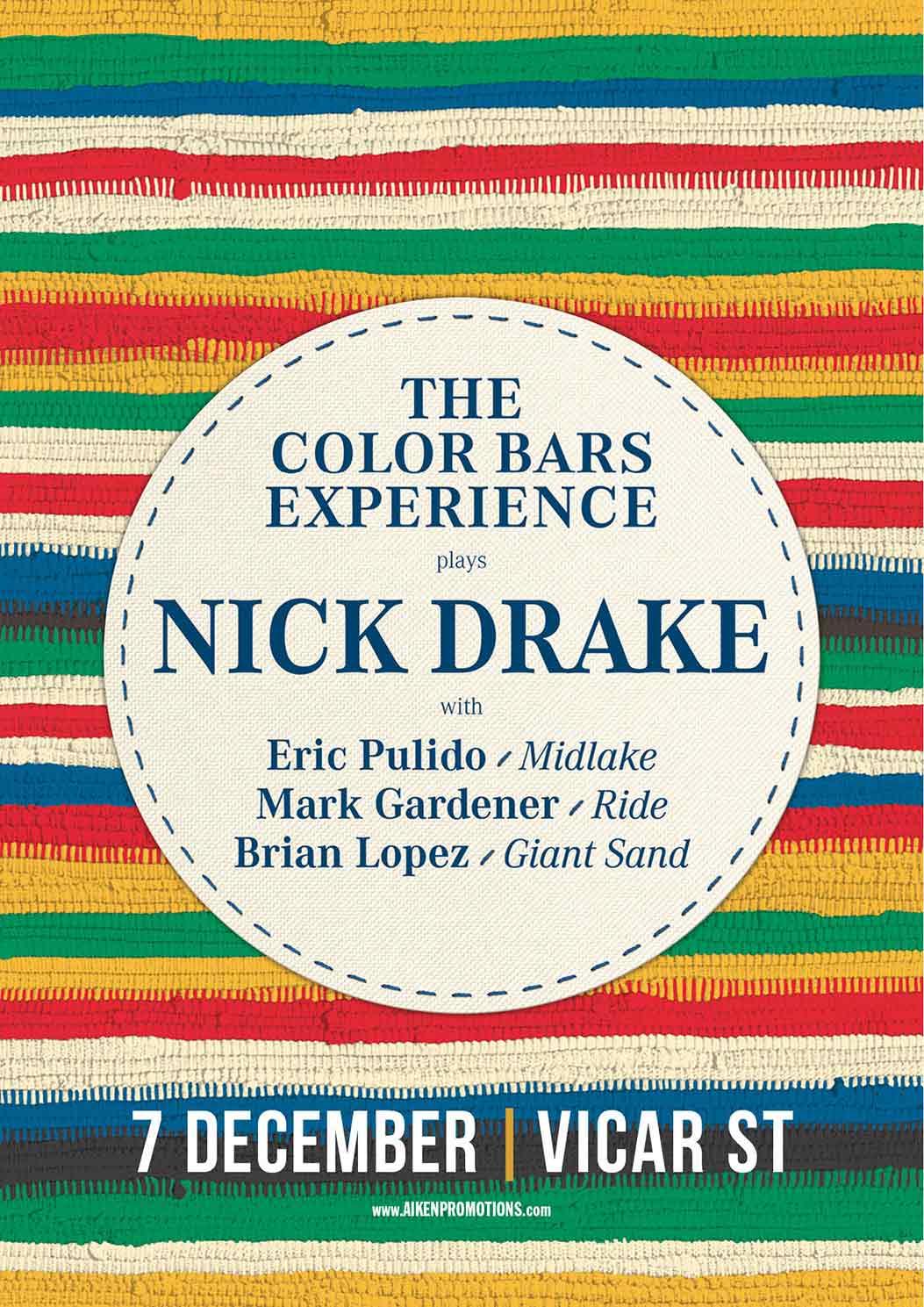