ASLAN – MADE IN DUBLIN REVISITED

Due to huge demand Aslan are pleased to announce a third extra date for Vicar St this December.

Aslan and Aiken Promotions are delighted to announce that the two gigs that Aslan will be performing in Vicar St on December 27th & 29th of December are completely sold-out.

Aslan will be performing their legendary album MADE IN DUBLIN and will be accompanied by a string quartet, a percussion player and a piano/ keyboard player just as they were when the album was originally recorded back in 1999.

Due to the phenomenal demand to see these gigs, ASLAN are putting on a 3rd and final gig on Friday 30th December.

Aslan want to thank all of you for the amazing support you have shown for the band and promise you an unforgettable night in Vicar St. 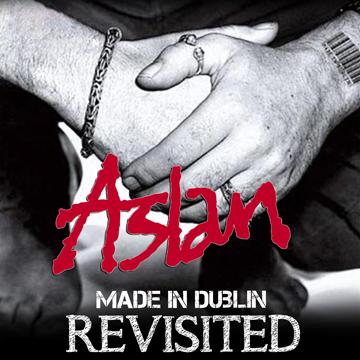