Due to phenomenal demand Foil, Arms & Hog have just announced their 6th & final Doomdah show at Vicar St on 26th May 2017.

Called ‘Pure Brilliant’ by Tommy Tiernan, the group have over four million hits on YouTube and have sold out numerous shows at Dublin's Vicar St. With regular sketches on RTE, viral comedy hits and over 70,000 online followers, Foil, Arms and Hog have established themselves amongst the new breed of Irish comedy stars.

Their Sketch ‘How To Speak Dublin’ has reached over 570,000 views on YouTube to date. 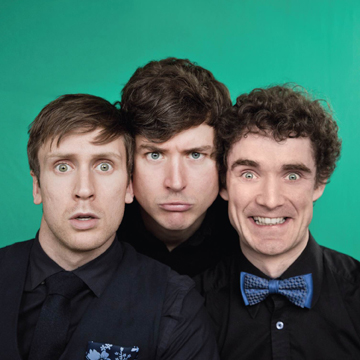