New music from Simon Green aka Bonobo is always an event, but when it heralds the arrival of a whole new album (his first since 2013’s “The North Borders”), it’s really something to get excited about. The masterful, magisterial “Migration” is Green’s sixth album and it’s a record which cements his place in the very highest echelons of electronic music and beyond.

Lead track ‘Kerala’ was the first track Green recorded for the new record. It’s both a classic piece of Bonobo music and a development, all arpeggiated, twisted, layered strings and shuffling dance floor rhythm. The music gradually builds until his introduction of a sample from RnB singer Brandy, itself cut up and dealt with as a further texture, with the whole sitting in a sweet spot of uplifting euphoria that he’s so adept at finding.

In particular, there is a theme on the upcoming album of migration, eruditely put by Green as “The study of people and spaces,” he expands, “It’s interesting how one person will take an influence from one part of the world and move with that influence and effect another part of the world. Over time, the identities of places evolve.”

It might be difficult to imagine it, but “Migration” will take his beautiful, emotive, intricate music to an even bigger audience. “My own personal idea of identity has played into this record and the theme of migration,” Green explains. “Is home where you are or where you are from, when you move around?” The personal, it seems, can also be universal. 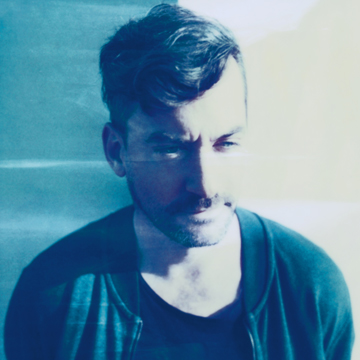