Tickets priced €28 go on sale this Monday 21st November at 9am through www.ticketmaster.ie & usual outlets nationwide.

Martha Wainwright today announced she will return to Dublin early next year for a headline show at Vicar St on 17 January 2017.

Martha Wainwright is back with her superb brand new album ‘Goodnight City’ which is poised to be her best record yet. This album returns to the rawness of her first release and includes songs by Martha, as well as songs written by notable artists to highlight her incredible voice. These songs are written by her friends and other great songwriters such as Beth Orton, Glen Hansard, her brother Rufus Wainwright, Michael Ondaatje, and Merrill Garbus of tUnE-yArDs.

‘Goodnight City’ was produced by Thomas Bartlett (Sufjan Stevens, Glen Hansard) and Brad Albetta (Angus and Julia Stone, Teddy Thompson) to create a poignant album that covers a dynamic spectrum in a fluid and cohesive manner. The album was recorded in Montreal, where Martha and her husband have resided for the last couple of years with their two children. ‘Goodnight City’ was released worldwide on November 11th.

Martha was born in New York City to folk legends Kate McGarrigle and Loudon Wainwright III. She is Rufus Wainwright's sister and they often collaborate in shows and on records. Martha is also half-sister to Lucy Wainwright Roche and they recently made a record together, ‘Songs In The Dark’ to much acclaim including a JUNO nomination. Martha tours her music around the world to sold out audiences on several continents. She has spent time on the silver screen playing characters in Martin Scorsese’s “Aviator” and more recently in the HBO special “Olive Kitteridge” alongside Frances McDormand. Currently Martha is finishing up a book titled “Stories I Might Regret Telling You” which, like her songs, is a window into her life without artifice, pretension or fakery. 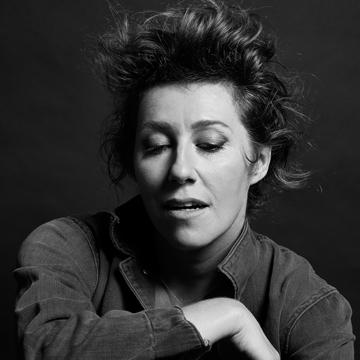