"Modern era  Deftones are in a class entirely of their own.” - The Independent

“An album that sounds like them and no-one else” - Kerrang! KKKK

“If you delight in being challenged, coerced and invited on a journey of oblique emotional mysticism, then GORE is going to be one of your favourite albums this year”

Following the hugely successful release of their critically acclaimed new album “GORE” in April of this year, Deftones have announced an extensive European and U.K. Tour for Spring 2017 including two VERY intimate shows at Dublin’s famous Vicar Street venue.

Do not miss seeing this incredible band who are by FAR at the top of their game.  Be sure to watch this awesome mini documentary over on FACT which shows you the band in performance at their epic show at Wembley Arena earlier this year.

Since Deftones’ inception, the multiplatinum, Grammy-Winning alternative rock band from Sacramento, CA have quietly been pursuing two paths, delivering songs defined by churning, double-fisted aggression while also testing the boundaries of music by incorporating elements of psychedelia and shoegaze. Deftones have released eight full length albums to date and have sold over 10 million albums worldwide. 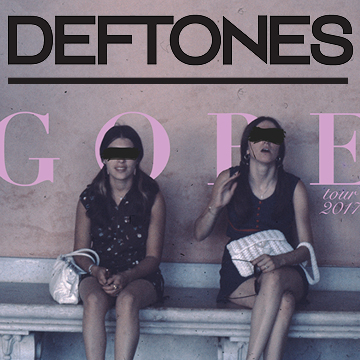