NATHAN CARTER today announced he will be returning to Dublin & Belfast in 2019 to play two dates at The Helix on Thursday 31 January and Friday 1 February, and a date at the Waterfront on Friday 29 March. Due to demand an extra Belfast Show has been added at the Waterfront on Saturday 30 March.

Nathan is currently on his second North American tour which kicked off on 14 November and will see him play 9 cities including Chicago, Boston, Sacramento and Philadelphia. Last month Nathan released his autobiography ‘Born For the Road’ and his new album of the same name which will feature 16 new recordings including the hit singles including `There You Are` ‘Give It To Me’ and ‘Winnie O’Neill’, is available for pre-order now fromwww.nathancartermusic.com / http://sharpemusic.com/product/nathan-carter-born-for-the-road/ or on itunes.

And from all usual Ticketmaster Outlets 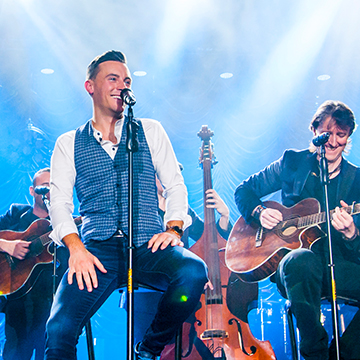