Viral comedy sensations Farmer Michael And Kathleen return to the glorious Vicar Street for more music, satire, madness and carefully crafted chaos like only they can master!

Fresh from their first ever UK tour in which they sold out 11 shows including two at the Southport Comedy Festival and three back to back St George's Hall shows in Liverpool a city in which they have gained cult statue due to their hilarious Everton videos which have led to them being hailed as comedy ambassadors for the club.

They now turn their satirical eye on Ireland with a 20 date nationwide tour 'We'll never get on the telly' in which they highlight the unequal status of Facebook 'comedians' in the world of comedy and the misunderstandings of the messages behind their viral videos. With over 500k followers on social media with over 100 million video views, 20 million on YouTube. As seen on RTE, TV3, CNN, FOX TV and CNN.

Sir Stevo also recently released his debut song which managed to knock Lady Gaga off number one (yes only for a few minutes but let's not split hairs!). His debut single 'All in his head' describes his ongoing battle with his own mental illness and anxiety. The single attempted to highlight the machismo that still surrounds the topic and his efforts to break down these barriers. Stevo donated all the proceeds to various mental health charities around Ireland and is poised to release his second track with Bizarre from d12 very soon.

You do not want to miss this! 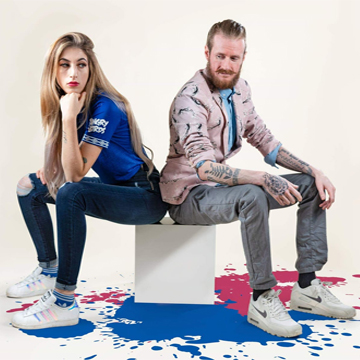