MusicTown 2019 - Dublin is all about Music

DUBLIN IS ALL ABOUT MUSIC

Over 2 weeks of concerts, masterclasses, collaborations and workshops from 5th – 21st April

Details of the programme for MusicTown 2019 were announced. An eclectic 2-week musical celebration, this year MusicTown applauds collaboration and diversity in all its forms. From 5th – 21st April artists from across the musical spectrum will gather in Dublin to collaborate and create unforgettable musical moments. An exciting new addition to the programme this year will see a specially curated programme of events for children, MusicTown Jr, run from 5th – 12th April, encouraging music lovers of all ages to take part.

Audiences can look forward to:

Brought to you by Dublin City Council and Aiken Promotions, the programme covers an array of musical styles and genres. Setting out to explore and celebrate the diverse constellation of music cultures that exist in Dublin City, MusicTown aims to unify the city, making its music relatable and accessible, instilling a sense of pride in Dublin’s musical heritage, whilst welcoming newcomers and visiting artists.

Booking for ticketed and free events opens tomorrow Thursday 7th February at 9am.

Creative Director Amy Nix said “We’re very happy with how MusicTown has evolved into more than just a programme of concerts over the last few years. We’ve been talking about diversity and collaboration for a number of years as the essence of how live performance works and the wonderful pool of organisations we are working with have responded to this direction brilliantly. This programme takes in everything from events with theatre directors choosing inspirational music, one of the most acclaimed podcasters in Europe, Blindboy, getting under the skin of an artist’s mindset, a skateboarding film with a live score, new arrangements and interpretations of two classic Radiohead albums, free opera being brought across Dublin neighbourhoods, the thought process of making music videos, an original piece of vinyl released by our finest new artists, a spoken-word sensation, a tribute to the late great Johann Johannsson, the next generation of RIAM students learning their craft, music made accessible for disability, a music themed art exhibition, a walking tour, and, of course, one of our great singers Damien Dempsey performing his new album he made with a cast of acclaimed artists. And, we are delighted to present our brand new MusicTown Jr strand dedicated to events for children, including the exciting Big Bang Festival in association with the Ark… This is diversity and collaboration, live ideas brought to you from musicians, artists and thinkers from all walks of life.” 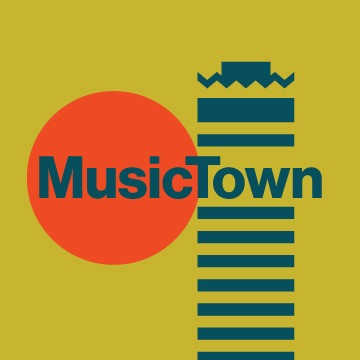