FOLLOWING SOLD OUT SHOW IN 2018

Following a sold out Irish show in 2018, Broken Social Scene have announced they are to set play Vicar Street on Saturday 17 August. Tickets €28.50 plus booking fee go on sale this Friday 5 April from Selective Memory (http://bit.ly/BSS19_SM) and Ticketmaster (Ticketmaster.ie).

Broken Social Scene are an alternative rock collective - originally founded by Kevin Drew and Brendan Canning at the tail end of the 90s they formed the Broken family with members of Metric, Do Make Say Think and Stars as well as Grammy - nominated Feist.

They are one of the most enduring and influential indie groups to come out of the early-aughts, their debut You Forgot It In People largely defined the “indie rock” era coming out of Canada. Across five albums, the band have two gold records, have sold over a million records worldwide, have 8 JUNO Award nominations with 3 wins, and 2 Polaris Music Prize shortlist nominations.

2018 saw Broken Social Scene touring their most recent JUNO Award nominated full length release, Hug Of Thunder and 2019 kicked off with All I Want, the lead single from the upcoming Let’s Try The After Vol.1 EP.

Praise for Hug Of Thunder

“On their first album in seven years, Broken Social Scene distill their sound to a vital essence.  The band sounds focused and renewed, invigorated by the missionary spirit of their best work" - 8.4 Best New Music, Pitchfork

“‘Hug Of Thunder’ is exactly that: an intimate embrace by an old friend that often contains electrifying highs, but also jolts you with its emotional and musical intricacy. With BSS’s return, the world certainly seems a brighter place” - DIY ★★★★

“BSS emerge reborn and revitalised here. Their sound is bigger than ever” Album Of The Week - Sunday Express ★★★★

“This is simply the sound of a band having the time of their lives. A delight.” - The Skinny ★★★★

"With members like Feist and Emily Haines back in the fold for the band’s first album in seven years, every song is big, anthemic and emotionally invigorating" - The Guardian ★★★★

“Some of the most exuberant and immediately engaging music they’ve ever recorded… Music that feels comforting and necessary.”  - Uncut 8/10

“Possessing pop hits that are unmatched in scale and scope… Its genuinely great to have the innovators back.” - Louder Than War 9/10

"BSS have managed to master the balance between spiky energy, tender melody and a singular knack for carving out a soaring chorus. Hug Of Thunder has undoubtedly been a long time coming, but it has unequivocally been worth the wait” - The Line Of Best Fit 8.5/10

"BSS have made an album that trumps any cynicism that they may have faced, and in the process Hug of Thunder is as hearteningly unguarded and positive a record as you are likely to hear this year.”  - Drowned In Sound 7/10

Tickets for Broken Social Scene live at Vicar Street on Saturday 17 August 2019 are priced at €28.50 plus booking fee (additional charges may apply) and go on sale Friday 5 April from Selective Memory (http://bit.ly/BSS19_SM) and Ticketmaster (Ticketmaster.ie).

Tickets €28.50 plus booking fee (additional charges may apply) and go on sale Friday 5 April from Selective Memory (http://bit.ly/BSS19_SM) and Ticketmaster 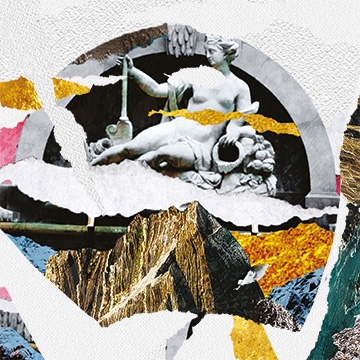