Sophomore album ‘Not Waving, But Drowning’ is out now via AMF Records

"Not Waving, But Drowning has an emotional intelligence that shows just how strong Carner is when he's at his most vulnerable" - Independent 4*

“Utterly heartfelt and intimate” The Guardian

"'Not Waving, But Drowning' is an impressive second album" - NME

"Loyle's music is real and resonates with listeners" - London In Stereo

"Always heartfelt and often deeply personal, Carner's brand of rap feels mature in its emotional outlook as well as its golden-era influences" – FADER

Loyle Carner released his sophomore album ‘Not Waving, But Drowning’ earlier this year to huge critical and commercial acclaim; the album charted at #3 in the UK Charts. This follows the wild acclaim of his debut album ‘Yesterday’s Gone’ which saw Loyle nominated for ‘Best Newcomer’ and ‘Best Male’ gongs at the BRIT Awards alongside a Mercury Prize nomination for his debut album. Loyle’s pre-album tour (including a headline show at The Roundhouse) sold out in 5 minutes, solidifying his reputation as one of the most exciting musicians in the UK at the moment. 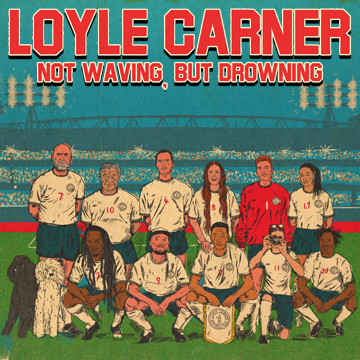