Described as one of “the best nights of music of the year” in 2018, the second ever RTÉ Radio 1 Folk Awards will make its return to Dublin’s Vicar St this October 24th, celebrating Irish folk musicians and their significant contribution to Irish culture. The awards will be presented by RTÉ Radio 1’s John Creedon and Ruth Smith.

Last year was an eclectic mix of folk music from around the country, and this year promises to be the same.  Folk fans can expect to see folk royalty in attendance on the night along with the all important emerging artists. Speaking at last year’s Folk Awards, Christy Moore said ‘Standing here tonight, music is truly alive and well in this country’.

Among those in the line- up this year are Dervish, Martin Hayes, Karan Casey, Lisa O’Neill, Ye Vagabonds, A Lazarous Soul, Caoimhin O’Raghallaigh and a few surprises. Also joining us is English folk legend Ralph McTell who will perform on the night. The shortlisted artists will all be announced on September 19th.

Speaking of the line up, Ann Marie Power, Head of Arts and Culture at RTÉ said, “Last year was an amazing night with stellar performances, a real celebration of Ireland's vibrant folk music scene.  This year people can expect another exceptional evening that reflects the talent and artistry that is so rich in our country today.  And we're adding something new - this year, not only can you here the entire evening of performance live from RTÉ Radio 1 -  we'll also have a highlights show of the Folk Awards going out a few days later on RTÉ One TV."

Tickets will go on sale tomorrow morning at 9am via Ticketmaster, online from ticketmaster.ie or from all Ticketmaster outlets nationwide, 24 hr Hotline: 0818 719 300. Doors open at 7pm, with awards due to start at 7.30pm. The RTÉ Radio 1 Folk Awards will also be broadcast on RTÉ Radio 1 on the night from 8pm.

Head of RTÉ Radio 1 Tom McGuire has said, “The inaugural National Folk Awards last year were a brilliant addition to the entertainment calendar.  This year RTÉ Radio 1 is again proud to provide the platform which gives recognition and voice to the 'music of the people'. We look forwrd to another great night 'on air' and 'in concert”. 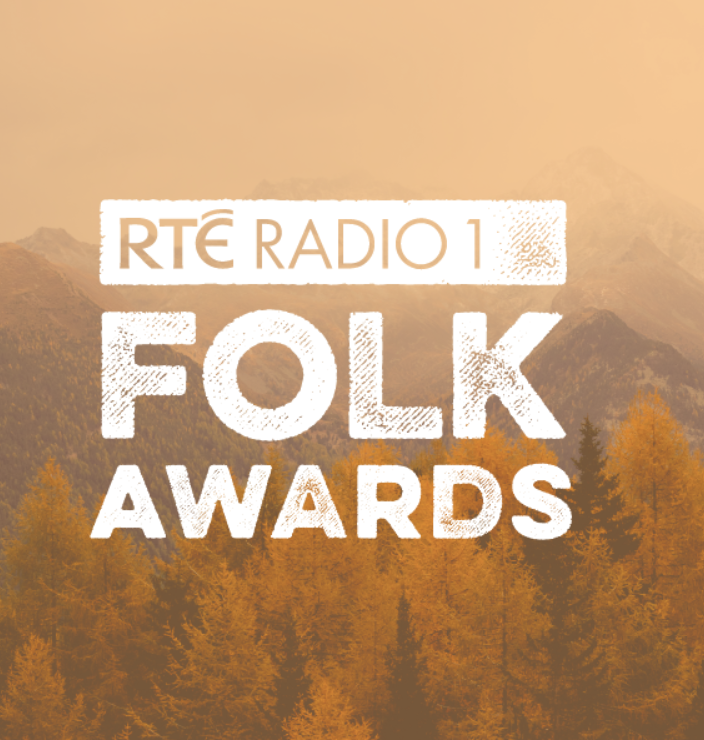