Milky Chance are Philipp Dausch and Clemens Rehbein . They met at school, growing-up listening to Bob Marley, Hendrix & Red Hot Chilli Peppers to name but a few. Getting together to make music in the early days was less about plotting global success, it was instead more about having fun. One of their first songs, however, quickly changed things - It was Stolen Dance.

More specifically it was a unique sounding folktronica song that spanned across most commercial & alternative radio playlists across the globe. That moment they uploaded it to Youtube was about 6 years ago, but the fact it’s one of the most Shazamed songs of all time tells you all you need to know.

Like a Darwinian success story, Milky Chance quickly adapted to their new found surroundings &  pulled together an album & was touring the world within months.  That debut album, Sadnecessary, that boasts other successful singles Down By The River & Flashed Junk Mind, went on to become a multi-platinum record in various countries that saw this German duo play on US late night shows like Fallon, Kimmel & O’Brien and garner every major worldwide press outlet that had an interest in music.

They have collaborated with Tash Sultana, this was no less of a dream come true. The Australian-Maltese singer-songwriter is currently causing a major stir in the world of music, and her vocals on the first single Daydreaming add a truly unique element to the Milky Chance sound. And last but not least, there’s Témé Tan, a Belgian artist with Congolese roots. Both Témé Tan and Tash Sultana have previously shared line-ups with Milky Chance on tour, and can now be heard performing on their latest album. Rush, recorded with Témé Tan, will also feature on the album.

Dausch and Rehbein split the recording between their own studio – which they built and decked out in Kassel, so they could focus on the music, far from all the hype – and studios around the world. The recording sessions took place in locations ranging from Australia to Italy to Norway.  The latter was situated right by the water, just a few meters from the nearest fjord. The ever-present ocean is a constant theme that runs through the new album, reflected in lyrics like “Thoughts just keep on drowning in my blue mind” (Rush) and “The sea is on the low tide/trouble on the inside” (Oh Mama), and even in the title of the album itself, which venerates the moon and its incredible power to control the tie. A mysterious, ever-present force that is as distant as it is close by. 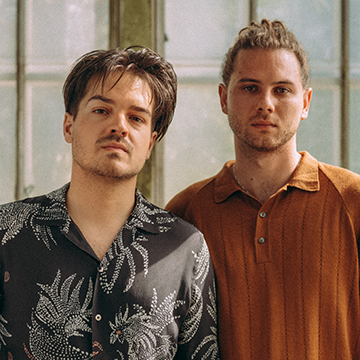