He initially performed the show with the Irish Chamber Orchestra and an array of guests featuring over 30 musicians and artists including ArtSoul singer songwriter Loah, Jack O’ Rourke, Persian/Irish multi-instrumentalists Shahab and Shayan Coohe, poet and spoken word artist, Stephen James Smith and a host of others, curating a snapshot of new Ireland. Saint Sister, Jafaris and Mango have also joined the fray to perform across the various shows.

Equivalent Exchange’s creative concept is a new departure for Kormac. He started out by forging a successful career as a MPC beatmaker, producer and performer, known for explosive live shows performing DJ sets, live audio-visual shows or with his own 10-piece ensemble, Kormac’s Big Band, all over the world. He has played key shows like Glastonbury, Bestival and Electric Picnic and collaborated Trainspotting author, Irvine Welsh, Mercury Prize Winner, Speech Debelle and a host of others along the way notching up 15 million Spotify streams at time of writing.

The principle of ‘Equivalent Exchange’ states that in order to gain something new you must first sacrifice something of equal value. In 2017 Kormac decamped to Bulgaria to study under Europe’s leading composers, conductors and orchestrators to put himself firmly out of his comfort zone in order to break new musical ground.

He has relinquished the writing and creative processes he has practiced over the last few years to try a completely new approach, embracing his new orchestral training to discover a whole new way of working, with a chamber orchestra at his fingertips and a new sonic palette to explore.

Kormac debuted the show in March 2018 to a sold-out Vicar Street with show visuals designed by leading Irish artist, Maser. It was the closing show of the St. Patrick’s Day Festival. The show has since sold out the Guinness Storehouse, been filmed for the legendary Other Voices TV show and packed a stage at the Electric Picnic festival. ‘New Day’ the lead single from the show has notched up 500K YouTube views. 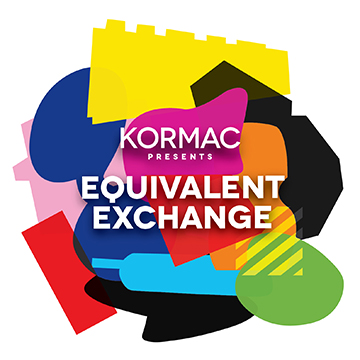