Sparks – brothers Ron and Russell Mael - have announced the May 15th 2020 release of their 24th studio album ‘A Steady Drip, Drip, Drip’ and a European run of tour dates in 2021. In the announcement video the band also confirm the release (without providing any dates) of the Sparks-written musical feature film Annette, starring Adam Driver and Marion Cotillard and directed by Leos Carax (Holy Motors), and the currently-untitled Sparks documentary directed by Edgar Wright (Baby Driver, Spaced).

Since storming into the charts, minds and airwaves in 1974 with ‘This Town Ain’t Big Enough For Both of Us’ from their 3rd album ‘Kimono My House’, the musically vital pop pioneers have created a unique legacy both on record and in their live performances. ‘A Steady Drip, Drip, Drip’ follows Sparks’ 2017 album ‘Hippopotamus’, an extraordinary record which saw them return to the Top 10 and was universally acclaimed with many critics declaring it to be one of the finest albums of the year and the pinnacle of the band’s career - until now. 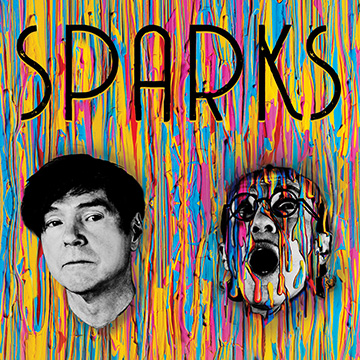