Press on album All Mirrors:

“The breathtaking songs of Angel Olsen’s fifth album are fleshed out by a 12-piece string section and deliver grand gestures about romance, authenticity, and being simply at the mercy of how we feel.” – 8.9 on Pitchfork

Is All About Ginormous Emotions and Epic Orchestrations – 4.5 stars Rolling Stone

An album as expansive as it is overwhelming – 4 stars Independent

This follows the news of Olsen’s fourth studio album release “All Mirrors” via Jagjaguwar in October last year.

Olsen's artistic beginnings as a collaborator shifted seamlessly to her magnificent, cryptic-to-cosmic solo work, and then she formed bands to play her songs, and her stages and audiences grew exponentially. But all along, Olsen was more concerned with a different kind of path, and on her vulnerable, Big Mood new album, All Mirrors, we can see her taking an introspective deep dive towards internal destinations and revelations. In the process of making this album, she found a new sound and voice, a blast of fury mixed with hard won self-acceptance.

All Mirrors gets its claws into you on both micro and macro levels. Of course, there's that singular vibrato, always so very close - seemingly simple, cooed phrases expand into massive ideas about the inability to love and universal loneliness. And then suddenly - ... huge string arrangements and four horsemen bellowing synth swells emerge, propelling the apocalyptic tenor. Throughout All Mirrors, Angel fully lets in the goth tones that always lurked at the ends of her song craft.

"In every way - from the making of it, to the words, to how I feel moving forward - this record is about owning up to your darkest side," Olsen said. "Finding the capacity for new love and trusting change, even when you feel like a stranger. This is a record about facing yourself and learning to forgive what you see. It is about losing empathy, trust, love for destructive people. It is about walking away from the noise and realizing that you can have solitude and peace in your own thoughts, that your thoughts alone can be just as valid, if not more."

The first step of All Mirrors, was conceiving a back-to-basics solo record, which she recorded with producer Michael Harris in Anacortes, Washington. Soon after that was completed, a more ambitious version of the album began to percolate in her mind. This second, more maximalist version of All Mirrors evolved slowly with producer John Congleton, arranger Jherek Bischoff, Swiss Army Knife musician/arranger Ben Babbitt, and a 14 piece orchestra. 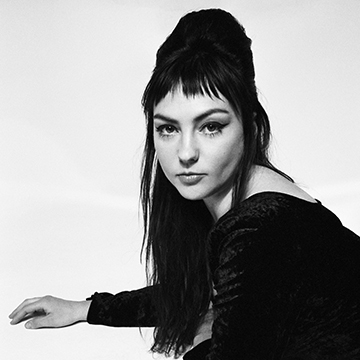