Carving out a genre-defying space for themselves in our musical landscape, Elder Island captivate with shapeshifting songs wherein textures matter as much as melodies, and lyrics are littered with crypticism. The trio’s music cherry-picks and transforms elements from genres as diverse as electronica, house, pop and neo-soul. The result is a web of sound that threads poetic lyricism and unfamiliar instruments over a backdrop of electronic elements and synth-heavy dance beats.

Elder Island are singer and cellist Katy Sargent, bassist and beat engineer Luke Thornton and guitarist and synth virtuoso David Havard. The trio met in Bristol during university and their respective studies in fine art, photography and graphic design have doubtlessly provided the band with its diverse creative sustenance.

Formed six years ago as an experiment-come-hobby, the city brought them together through house-shares and nights spent out dancing. Bristol’s genre-splicing music scene providing fertile ground for inspiration and opportunity. What began with casual jam sessions at home grew into something more serious when in 2014 an eponymously titled debut EP took off, giving reason for the band to concentrate more time on musical endeavours. In their following EP, 2016’s Seeds In Sand the band found their feet, and indeed, their sound. Where their debut EP had been an ambient soundscape of field recordings, loops and percussive elements, its follow-up was a more cohesive collection of five dance-influenced tracks.

Elder Island’s magic originates in part from their intriguing songwriting process. Every song starts as a jam session in their converted basement studio, drifting and finding its own direction as ideas and instruments are thrown into the mix. These sessional meanderings can last for several hours and, post-jam, the band begins the long task of sifting, stitching and blending together to create something cohesive. The band admit that this process can be arduous as the trio said they “tend towards being over-fastidious when it comes to finalising” but in many ways, it proliferates their creativity.

Released in February 2019, The Omnitone Collection is an extraordinary album that boasts ten tracks that are rich tapestries of tiny moments in time, but also sweeping soundtracks weaved with ambition. They are songs to lose yourself in and be swept away by, but also to decipher and contemplate. The band created bespoke artwork to accompany the album, describing The Omnitone Collection as an “integrated concept”. This form of commitment is evidence of the hands-on, DIY approach the band undertakes in many aspects of their music. This spring saw the release of The Omnitone Collection Remixed, with mixes by both fellow musicians and admired artists such as Shigeto, Matthew Dear, and old tour companions Dirty Nice.

The collaborative nature of their work shines during live performances where Katy, Dave and Luke’s charismatic friendship radiates as much from their music as from their on-stage interaction. Their live shows have taken on a shape of their own -  refusing to rely on electronic backing tracks or pre-recordings, they create unique and atmospheric experiences where multi-layered beats and melodic broodings stir emotions and never fail to get crowds dancing. UK headline tours have been a sold-out success, and 2019 saw Elder Island take The Omnitone Tour to Europe and North America twice, with over 60 dates. This included sold-out shows in New York’s Bowery Ballroom, El Rey Theatre in LA and an electric, sold-out performance at London Roundhouse.

In early 2020, the band played to a sold-out crowd at London’s Printworks as special guest headliners alongside Maribou State, and have since hunkered down to writing new music. Stating “ after a solid year of touring we’re excited to get back into the studio and immerse ourselves in a completely fresh project”.  June this year sees the announcement of new tour dates for 2021 accompanied by a short documentary film made during The Omnitone Tour, thanking fans and paying homage to the energy that live performances hold.  In light of the year's upheavals, this positive move forward, twined with the exciting prospect of new music, anticipates future fervour for a band who has already undoubtedly made a distinctive home for themselves in our musical landscape. 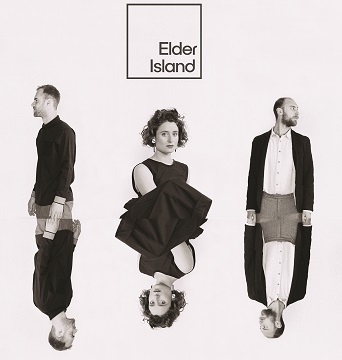