"The Joan Rivers of the Drag World" – The New York Times

Comedy queen and RuPaul’s Drag Race champion Bianca Del Rio announces her Unsanitized Comedy Tour will be coming to Europe in 2022 including Dublin’s Vicar St on 24 May and the Ulster Hall in Belfast on 26 May.  Tickets on sale Friday 29 October at 9am local time at thebiancadelrio.com.

Bianca Del Rio made history on her “It’s Jester Joke” stand-up tour as the first drag queen to headline and sell out Wembley Arena and Carnegie Hall, which was hailed as “something truly extraordinary to witness” (Instinct Magazine). All along her “Unsanitized” stand-up tour, America’s funniest drag superstar and self-proclaimed “clown in a gown” will bring her snarky frankness, impeccable timing and politically incorrect humor for a comedy show like no other.

Bianca Del Rio is a dimple-cheeked, larger-than-life drag queen and outrageous comic who isn’t afraid to shock and offend.  The beloved comic and actor once known as Roy Haylock emerged on the New Orleans nightclub circuit and has since become a drag megastar earning awards including Variety's Top 10 Comics to Watch and #1 in New York Magazine’s “The Most Powerful Drag Queens in America”.  She is the author of the hilarious book “Blame it on Bianca Del Rio”, the host of The Bianca Del Rio Podcast, has starred in movies including Hurricane Bianca and performed in the West End hit musical Everybody’s Talking About Jamie in the role of Hugo/Loco Chanelle. She’s also followed by millions of fans on social media.

Tickets for BIANCA DEL RIO : UNSANITIZED go on sale Friday 29 October at 9am. 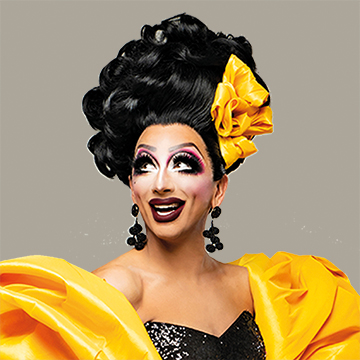