THE GUILTY FEMINIST with Deborah Frances-White

The Guilty Feminist Podcast with Deborah Frances-White and her raft of exceptional guests (comedians, artists and activists) is a global phenomenon which has had 95 million downloads in six years and has been performed live at The Royal Albert Hall, The London Palladium, The Wellington Arena, The Sydney Opera House and Zoom! Now it’s back out – live, blinking in the light and gasping for your patriarchy-smashing cheers! Deborah says: “I’m a feminist but I’m planning the sequins and eye lashes for the Vicar Street show before I’m booking the guests.” Get ready to get raucous. It’s back on!

Described as “Hilarious, irreverent, eternally surprising, classy as hell genius” by Phoebe Waller-Bridge in The Guardian 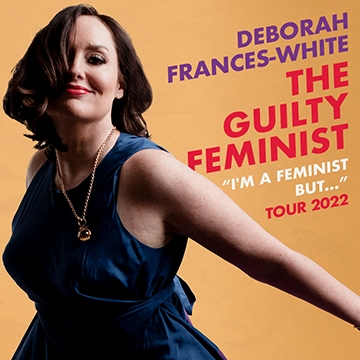