General on Friday, February 11th at 10am www.ticketmaster.ie

Sharon Van Etten releases "Porta," a powerful new single and her first new solo release since 2020, and details of a new European tour for the Summer.

Produced by Van Etten (vocals, synths, drum machines) and Daniel Knowles (synths) and backed by her live band of Jorge Balbi (drums), Charley Damski (guitars), Devin Hoff (bass), throughout "Porta" Van Etten sings of the unnerving feeling of losing one's self and safety:  "Want to hold head up, don't want to stay down // // I want to live my life // But you won't allow." But as "Porta" progresses, Van Etten takes the reins, reaching a new form of catharsis: "Think straight. Get by // Gotta think straight to get by // Think straight. Get by // Want to be myself. "

In Van Etten's words, "Porta" was written in 2020 "at one of my lowest lows. For most of my adult life I have struggled with bouts of depression and anxiety and coping mechanisms, and I sometimes let those dark moments get the best of me. During this time I felt very dissociated. Not connected to my body and I felt out of control."

Eventually, Van Etten reached out to her friend, Stella Cook, who runs Base Pilates in North Carolina. "I was seeking a friend, someone to talk to who understands what finding the core means but also knows what my weaknesses are and can help me work around them and find my other strengths. I knew I was entering a no judgment zone and I needed to be held accountable for my actions and Stella helped me step up.  We would meet once a week on Zoom, have a catch up on life over a quick coffee and then get to work. Then, a day or two later she would send another video my way so I had something to work towards the end of the week. She was encouraging, but not pushy.  If life got in the way, I didn't feel like I let her down - but I loved our sessions. I looked forward to them. I started feeling closer to her, and closer to myself, and it helped things seem hopeful. And I just wanted to share that with the world," says Van Etten."Instead of the darkness. Instead of my fears. My message is to work through them. Even when it's hard. Even when it hurts. Reach out. Reach out to that friend who helps you reach out towards yourself."

This Summer, Van Etten will embark on the Darkness Fades Tour across Europe, including five shows in the UK and Ireland. The UK run kicks off in London at Brixton Academy on 17th June, before calling at Birmingham, Leeds, Glasgow and Dublin with support from L'Rain. Tickets go on sale from Friday 11th February at 10am local time. Full European dates are listed below.  Van Etten then returns to the US and heads out with Angel Olsen, Julien Baker and Spencer on the "The Wild Hearts Tour" throughout the Summer. 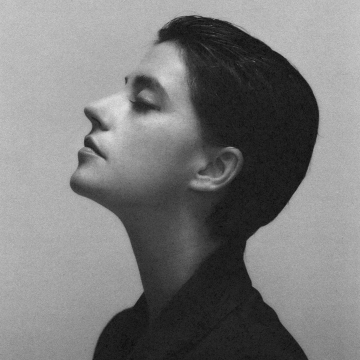