Since his earliest selfproduced CD-Rs, Philadelphia psych-pop master Kurt Vile has referred to himself as “Philly’s Constant Hitmaker”—and while he gave himself that name with a sly wink, he was also nodding toward the songwriting prowess that would result in him becoming one of his home city’s most celebrated rock artists. “I’m always thinking about catchy music, even though it’s fried, or sizzled, out,” he says.
“It’s my own version of a classic thing—it’s moving forward and backward at the same time.”

On his latest album, (watch my moves), Vile pulls his talents as a singer, songwriter, multiinstrumentalist, and producer in unexpected directions—and the result is a vibrant, yet meditative album propelled by Vile’s laidback charm and curious spirit. Every lyric has been chiseled down into an aphorism, every bloom of distorted guitar or murmuring synth helping create that “fried” pop. “It’s about songwriting. It’s about lyrics. It’s about being the master of all domains in the music,” he says of his ninth album and first in
partnership with a major label, Verve Records.

(watch my moves) comes from a period when Vile, whose touring and recording schedule during the 2010s was seemingly constant, stayed in one place. His mind was always swirling, though, puzzling out pointillistic lyrics, dreaming up spit-shined choruses, and checking in on other dimensions. “My favorite pastime these days is sitting drinking coffee in the morning post-breakfast by the window, reading and listening to Sun Ra, sun shining through the forest trees,” says Vile. “In that moment, it’s all the traveling photo credit: Adam Wallacavag I’ll ever need. This record encapsulates all that—letting two years roll by and staying in my zone, traveling all the while in my brain, at the piano or in my guitar.”

The album gets its name from an aside in the blissed-out “Mount Airy Hill (Way Gone),” which has cotton-ball-cloud slide guitar and Vile bending his voice into its lower and upper registers as he sings of novelty dances and his view high above an urban sanctuary’s summit. It’s the spiritual and musical centerpiece of (watch my moves), showcasing Vile’s potent songwriting as well as his ability to crystallize moments with his lyrics.

“When I listen to ‘Mount Airy Hill,’ I know I’ve arrived somewhere,” says Vile. “It’s some kind of new breed of KV tune, some kind of updated version of myself. When I blast it in my headphones, I feel like I’m in my basement, and skateboarding in my ‘hood, and walkin’ through my woods, and hangin’ with my three baby girls (one of whom is my wife, to be clear). Either way it’s the sound of the elements around me— where I’m from, where I live, and where I’m going.”

Much of (watch my moves) was recorded at OKV Central, Vile’s Philadelphia home studio, which he built with his friend Adam Langellotti. “When Waylon Jennings became an outlaw country artist, he liked to record at Hillbilly Central, which was Tompall Glaser’s studio,” says Vile. “OKV Central is my version of that in Mount Airy. I’ve come  into my own here, and at the same time I’m getting back to my home-recording roots.”

Vile also worked on (watch my moves) at Mant Sounds, the Los Angeles studio of his longtime collaborator Rob Schnapf—”my home away from home,” Vile says. The melancholic “Cool Water” and the sprawling cover of the Bruce Springsteen deep cut “Wages of Sin” were recorded there with The Violators before the pandemic hit. He returned to Mant in the summer of 2021, and he recorded the gently ambling “Chazzy Don’t Mind,” a salute to the Walla Walla noise-pop band Chastity Belt that includes contributions from its members; he later recorded other (watch my moves) selections in Los Angeles, including the meta-referential psych-gaze track “Fo Sho.”

Schnapf helped guide Vile as he was putting OKV Central together. “He gave me all kinds of advice what kind of gear to get,” says Vile. OKV Central now hosts a tube console formerly owned by jangle-pop mastermind Mitch Easter (whose production credits include R.E.M.’s early albums and Pavement’s Brighten the Corners), as well as Moog synthesizers and Roland keyboards. “I’ve always been trying to get back to that place of recording in the comfort of my own zone,” says Vile, “and now I’m finally set up to do that in HIFI.”

In addition to Schnapf, The Violators, and Chastity Belt, Vile worked with collaborators from all over the musical map on (watch my moves). The chiming yet existentially disquieting “Jesus On A Wire” features vocals and piano from avant-pop artist Cate Le Bon, as well as drums and percussion from drummer Stella Mozgawa (Warpaint, Courtney Barnett); Sarah Jones (Hot Chip, Harry Styles) adds drums and percussion to tracks like the sun-dappled “Flyin (like a fast train)” and Americana-tinged “Hey Like a Child.” James Stewart of Sun Ra Arkestra adds tenor sax to the opening track “Goin’ on a Plane Today” as well as the stretched-out space exploration “Like Exploding Stones,” which was also the post pandemic reunion of Vile and The Violators.

(watch my moves) is Vile’s debut on Verve Records, a label that both fits and fuels his musically adventurous nature. “It just shook things up where I wanted to make this epic record,” says Vile. “I sit around listening to jazz records all the time, and I like the idea of tappin’ into a different world…. and it’s cool to be extended family with The Velvet Underground and John and Alice Coltrane.”

While Vile is clearly inspired by a record store’s worth of legendary artists and 21st-century contemporaries, (watch my moves) proves that his musical vision is singular. “Elvis could be like, ‘(watch my moves)’—like, literally, ‘Check out my dance moves.’ Granted, I don’t have great dance moves, but I am sort of always hustlin’, you know,” Vile laughs. “And I’ve been doin’ my thing for a long time. So, people just better watch out in one way or another.” 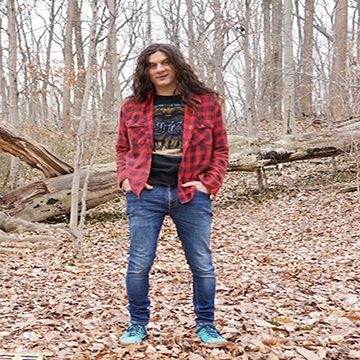