As lockdown approached in 2020, Chicago-based singer Lili Trifilio was wrapping up a tour in support of Beach Bunny’s debut album, Honeymoon. Suddenly, she found herself back at her parents’ house, coping with her new reality. To deal, she retreated into sci-fi stories and her always-active imagination. She envisioned new places to travel in her mind, thus dreaming up big, bombastic pop sounds to construct Beach Bunny’s highly anticipated sophomore album, Emotional Creature.

Simultaneously about personal growth, Emotional Creature is a collection of highly relatable songs that capture the highs and lows of new relationships, the joys and vulnerabilities of letting someone in, the gut-wrenching realities of experiencing anxiety, leaving toxic relationships, and seeing yourself through the eyes of the one you love.

These complex feelings are expertly contrasted with ultra-poppy melodies, anthemic choruses, and a slight punk edge.

“The songs have grown with me over time,” Trifilio explains. “Some of them were written in various stages of life, and I think as we go through different experiences and hardships, you come out stronger. I've grown as a person, so the songwriting reflects that.”

With its openhearted, vulnerable themes and progressive, hook-filled take on pop rock and pop punk, Emotional Creature only further cements Beach Bunny and Trifilio’s well-earned reputation as a leading voice of their generation.

“Chicago’s Lili Trifilio writes about heartache and insecurity with the wistful, plainspoken honesty of power-pop.” - PitchFork 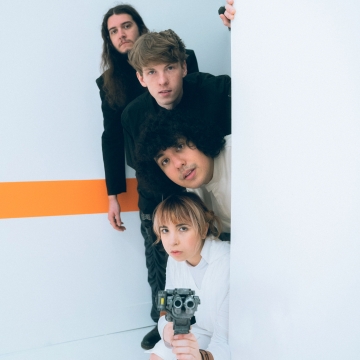