Conor Moore is an Impressionist, TV and Radio Broadcaster who hails from Mullingar in Ireland.

Conor has partnered with NBC Sports to bring his content to the Golf Channel and worked at the 2018 Open Championship in Carnoustie in Scotland as well as the Ryder Cup in Paris. In 2019, he worked at the Players Championship, the Arnold Palmer and at Augusta. Conor presented ‘The Conor Moore Show’ on Golf Pass. The show was a “nearly live” look back at the biggest sports stories in the world. Conor offered his hilarious take on pro golf, combined with sketches, celebrity interviews and much more, all with his unique brand of humour mixed in.

Conor worked with Bridgestone Golf to create a TV advertisement which saw him go head to head with legendary golfer Tiger Woods. The advertisement which was released in 2019 saw Conor imitate Tiger with not only his golf swing but his personality too.

Moore has made a name for himself across the golfing circuit for his impersonations of Tiger Woods, Rory McIlroy and Sergio Garcia, with Sergio, in particular, applauding Conor with rave reviews. Conor’s two-minute sketch which came to life during the 2018 Masters went global and on the eve of the tournament, thanks to Garcia retweeting it to almost a million followers, it was picked up and played by a number of major American networks including NBC, ABC, CNN and ESPN Sports Centre. 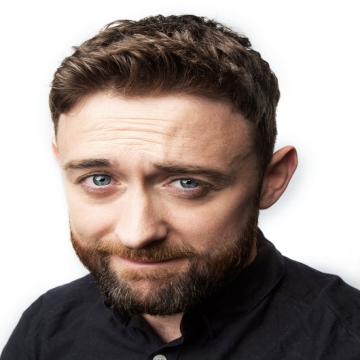