In association with IMRO and IRMA

Irish Artist of the Year

The RTÉ Choice Music Prize Event, one of the music industry’s biggest nights, will be back in Vicar St on Thursday 9th March and celebrated in an exclusive live broadcast on RTÉ 2FM, along with a TV-special on RTÉ2 later that month.

Three new prizes have also been announced today – Irish Artist of the Year, Irish Breakthrough Artist and Classic Irish Album. RTÉ 2FM will broadcast a week of Choice Music Prize announcements, including further info on the new prizes, from 9th – 13th January, with All Irish All Day kicking things off on the station on 9th.

Head of RTÉ 2FM Dan Healy said: “This has been another year of incredible music and performances from Irish artists and musicians which we have continued to celebrate across 2FM. We are looking forward to giving all this year’s RTÉ Choice Music Prize shortlisted songs and artists the support they truly deserve and to getting behind the three new categories which will make a welcome addition to this important celebration of the very best in Irish music.”

RTÉ Choice Music Prize will once again celebrate the best in Irish recorded music.   The Prize has become one of the music-industry highlights of the year since its inception in 2005. The Irish Album of the Year award is chosen from a shortlist of ten albums by a panel of eleven Irish music media professionals and industry experts. The winning AOTY act will receive €10,000, a prize fund which has been provided byThe Irish Music Rights Organisation (IMRO)andThe Irish Recorded Music Association (IRMA).

“RTÉ Choice Music Prize recognises and champions some of our finest songwriters and IMRO is delighted to continue its longstanding association with this prestigious music prize. Irish music continues to push new boundaries and this prize provides an important platform for new music to connect so strongly with audiences in Ireland and important overseas markets”  Victor Finn, IMRO Chief Executive.

“IRMA are very pleased to continue their involvement in the Choice Music Prize. The search for extraordinary talent is always a rewarding task, and the Choice Music Prize shortlists, along with the new categories added this year, will help to further promote that new and up and coming Irish music talent.  IRMA are looking forward to the show on the 9th of March next”.- Willie Kavanagh, Chairman of IRMA

All shortlisted acts will receive a specially commissioned award on the night.

The Choice Music Prize website has published a list of Irish albums released to date in 2022. This list can beviewed via http://www.choicemusicprize.ie/2022-album-list and notified by email regarding any additions info@choicemusicprize.com 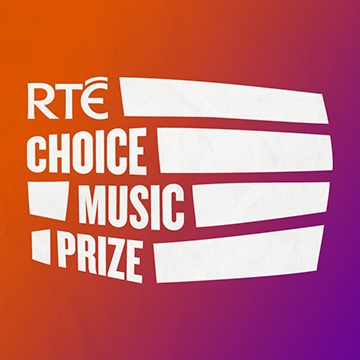