Due to demand Christy Moore has announced extra dates to Vicar St this January. Tickets for the extra dates go on sale Friday 18 November at 9am from usual outlets.

One of the most compelling and inspirational musicians Ireland has ever seen, Christy Moore has a universal fan base and still continues to entertain; cementing him as an Irish icon.  It is his deep urge to connect with the listener and to transmit the meaning of the songs he sings that has endeared him to audiences of all ages.

Produced by Declan Sinnott, Lily features ten songs new to Christy’s incredible live repertoire.  The title track tells us of Christy’s early memories of County Kildare, and the album takes us on a journey across the water and back home with songs from Christy, Peter Gabriel and local heroes; John Spillane and Declan O’Rourke.

Christy has produced more than 25 solo albums, from Paddy on the Road in 1969 to Where I Come From in 2013.  Christy Moore: Journey, a documentary on 50 years of song, aired on RTE television in April and this year sees Christy as busy as ever on the live circuit. 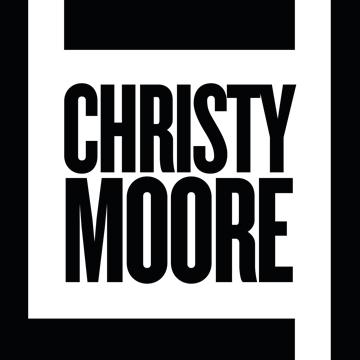