Following the recent release of their highly anticipated second album ‘Blossom’, Milky Chance have announced details of a new European tour, including a date for Vicar St, Dublin on 12 November 2017. The multiplatinum duo are currently on the first leg of their sold-out ‘Blossom’ world tour, which has taken them across Europe, North America and Australasia, and included a show at London’s Omeara in February. The band have also confirmed appearances at Latitude, Longitude, The Beat-Herder, and Reading and Leeds Festivals this summer.

The follow-up to Milky Chance’s 2014 international hit debut ‘Sadnecessary’, ‘Blossom’ includes lead single ‘Cocoon’, ‘Doing Good’ and ‘Bad Things’ which has a guest vocal from award-winning British singer Izzy Bizu. ‘Cocoon’ has quietly become a 2017 smash, reaching almost 50 million Spotify plays and 10 million YouTube/VEVO views with its seamless fusion of folk and electronica. The song – described by Time Magazine as “Somewhere between the folksy rock of Vampire Weekend and the haunting electropop of Beach House” - has reached Top 15 at Alternative radio in the USA, Top 10 in Germany and achieved certified Platinum status in Australia.

Clemens Rehbein and Philipp Dausch, now both 24, formed Milky Chance as teenagers in their hometown of Kassel in Germany. Weaving together elegant electronic production with acoustic guitars and lilting, lush vocals, the duo have a sound that is unequivocally their own. Their uniquely modern pop has resonated with a truly international audience: their breakthrough hit 'Stolen Dance’ – has over 300 million Spotify plays and is one of the Top 20 most Shazam-ed tracks in history.

Under 16’s must be accompanied by an adult. 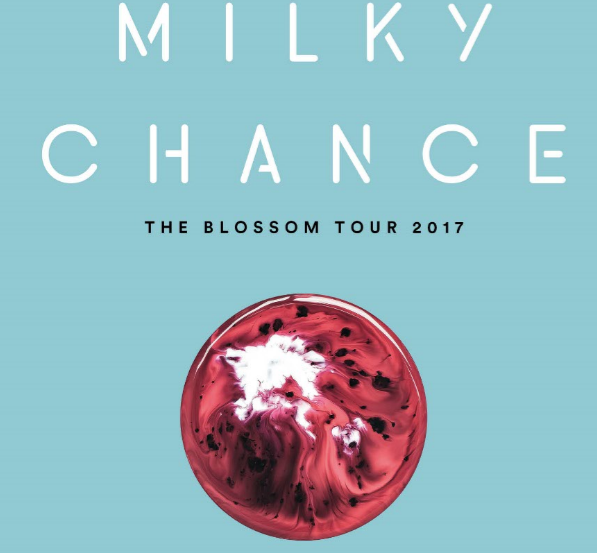