THE TALLEST MAN ON EARTH

The Tallest Man On Earth released his first album in 4 years. I Love You. It’s A Fever Dream, was written, produced and engineered by Kristian Matsson and was recorded almost entirely in his apartment in Brooklyn, NY.

When asked for some insight into the album, Matsson says “Here’s what I can tell you: Of course there are some love songs and then there are some other songs. Making the album I was thinking a lot about the lenses we view our lives through and that, for some reason, our worst tendencies seem to be carried out so loudly, while our best can go unnoticed. I’ve come to realize that some of the most powerful, most inspiring moments in my life have been the most subtle and that so often the thing that deserves my attention, is trying the least to get it.”

In recent years Matsson has undertaken single oriented projects that incorporate writing, producing and self-releasing songs and videos in regular intervals, often with purposefully intense deadlines. He’s described finding inspiration in the entire process, and in particular in the satisfaction of making something and having it out quickly. For listeners and viewers the fascination has been in watching an artist work through his life, in problems and celebrations large and small, putting his thoughts out into the world while he’s still processing them himself and watching them evolve over time.

Matsson will be joined by special guest Julie Byrne on the night. Julie’s second album 'Not Even Happiness' vividly archives what would have otherwise been lost to the road - bustling roadside diners, the stars over the high desert, the aching weariness of change, the wildflowers of the California coast, as well as the irresolvable mysteries of love. A more confident beast than her 2014 debut 'Rooms With Walls And Windows', adding atmospheric instrumentation and electronic flourishes to Byrne's unusual guitar tunings and fingerpicked melodies, moving the songs from the front-porch into subtle anthemia. In the live arena she enchants, leaving rooms and festival crowds mesmerised by her voice and warm presence, who find a real connection with Byrne's intimate songs. This feeling is often shared: “When the show has that magical spirit every person has contributed, even unknowingly, in creating a space of responsiveness to each other through vulnerability, through our unified experience and honesty about our sorrow and our emergence.” 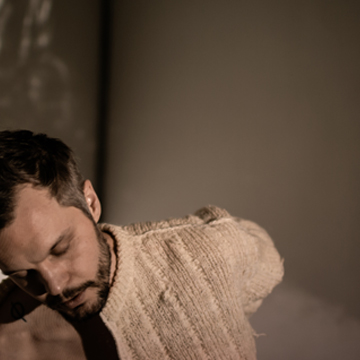