Dreamgun is a comedy conglomerate founded in 2014 by Stephen Colfer, Gavin Drea and James McDonnell. Their series of short films include Millennials, Gym Gravy and Back in Town. They now spend their days writing and performing Dreamgun Film Reads, a comedy show where they take a beloved film script and stuff it full of jokes and nonsense. Each script is then performed live by actors and comedians who haven’t had a chance to rehearse beforehand and each show is recorded as a podcast, which was included in the BBC’s 10 Best Culture Podcasts of 2018. They have had sell-out runs at the Edinburgh Festival Fringe, Adelaide Fringe and the Dublin Fringe, where they won the award for Best Ensemble. 2020 will also see them bring their show to the Melbourne Comedy Festival, Sydney Comedy Festival and Underbelly Festival Southbank in London.

“Kept us in stitches and potentially destroyed a host of childhood memories.” ★★★★★ BROADWAY BABY

“Dreamgun proving themselves to be true entertainers in every sense of the word.” ★★★★★ WEE REVIEW 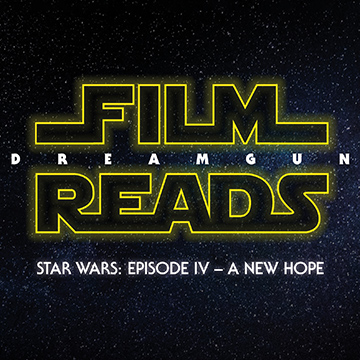