In 2012 The Dubliners celebrated 50 years on the road but following the sudden death of founding member Barney McKenna and John Sheehan’s’ decision to retire it was agreed that The Dubliners, as a touring band, would come to an end and THE DUBLIN LEGENDS were born.

THE DUBLIN LEGENDS, Sean Cannon, Eamonn Campbell, Paul Watchorn & Gerry O’Connor, have over 60 years of performing with The Dubliners between them and will continue to play all the classic songs and ballads known the world over; Whiskey in The Jar, Dirty Old Town, The Wild Rover, Seven Drunken Nights, The Rare Auld Times, Molly Malone, The Irish Rover, Black Velvet Band & many more.

Earlier this year the band went back to the studio, for the first time in over ten years, to record a new album, “The Dublin Sessions.” It will be released this autumn to coincide with a European Tour that takes in dates in Switzerland, Austria, Holland, Belgium & Germany.

The band will end the year with the, by now, annual Christmas Concert in Vicar St. As with previous years you can never tell who will join them on stage! Expect the unexpected! 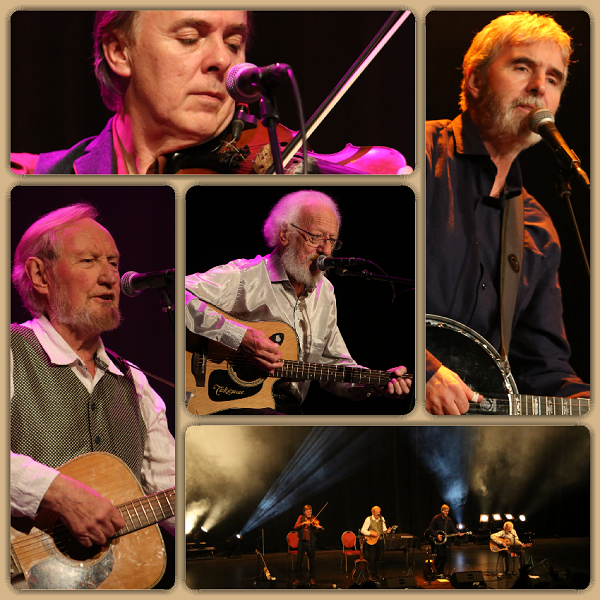