Today, Belle and Sebastian have also revealed the video for their recently released single, ‘We Were Beautiful’. Directed by Blair Young from The Forest of Black and filmed throughout the band’s native Glasgow (where they also recorded and produced the track), the video presents a cinematic slice of life -- and all of the pain, joy, confusion, and love that comes with it -- as the city wakes up over a Saturday morning.

Always attuned to human pathos and their community, Belle and Sebastian’s artful meditation on quotidian moments is a perfect visual companion to the new song, which The Sunday Times described as “a Pet Shop Boys-like curveball that explodes into a quintessential B&S chorus”, and The Guardian called “an appealing curio” with “a pretty kick ass chorus”.

Having recently wrapped up a North American tour that included Panorama and Osheaga Festivals, appearances at the legendary Hollywood Bowl and Merriweather Post Pavilion, and international headlines after leaving their drummer at a Walmart in North Dakota, the band today announces a run of headline UK and European tour dates kicking off in February 2018 in Belgium and concluding in Dublin, Ireland in March.

Keep an eye out for more Belle and Sebastian news regarding forthcoming new music soon! 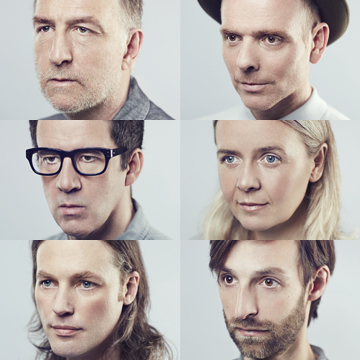