Tickets priced €26 go on sale this Friday 3rd November at 9am through www.ticketmaster.ie & usual outlets nationwide.

Dublin four-piece Lankum announce December date for Vicar Street hot on the heels of presenting their new track & video for The Granite Gaze from their new album Between The Earth and Sky – Out Now!

“Lankum are the darlings of Dublin’s 300 year-old folk scene.” Colin Irwin – The Guardian

Described as a song “Dedicated to the women and children of Ireland, past and present” by Lankum themselves and sung by Radie Peat of the band. The accompanying video has been made by cult Irish filmmaker Stephen McCollum (also responsible for the hilarious Award winning ‘Pullin’ The Devil By The Tail’ animated short film series).  Stephen has described the video as: ‘A metaphysical allegory exploring mankind's capacity for ignorance and destruction of innocence in the face of celestial mystery, expressed in plasticine.”

“On their first album the original song “Cold Old Fire’’ is rapidly becoming an anthem for these times, listen to the Dublin audience sing every word with the band in concert. On the new album another original song “Granite Gaze” serves a similar function of reminding us that the band are not merely traditionalists but classic song chroniclers of these modern times”. Geoff Travis, Rough Trade

Lankum are one of the most talked about bands to come out of Ireland in decades. They’re a Dublin four-piece who combine distinctive four-part vocal harmonies with arrangements of uilleann pipes, concertina, accordion, fiddle and guitar. Their repertoire spans humorous Dublin music-hall ditties and street-songs, classic ballads from the Traveller tradition, traditional Irish and American dance tunes, and their own original material. The band comprises of brothers Ian and Daragh Lynch along with Cormac MacDiarmada and Radie Peat. When not on tour Ian lectures in Irish Folklore and musical traditions in University College Dublin, while Cormac and Radie grew up as champion traditional players, on the fiddle and concertina, respectively. Yet Lankum are not purely trad themselves, in the same way The Pogues were more urban music. Rough-hewn and raw, they’re the most exciting thing in Dublin right now. 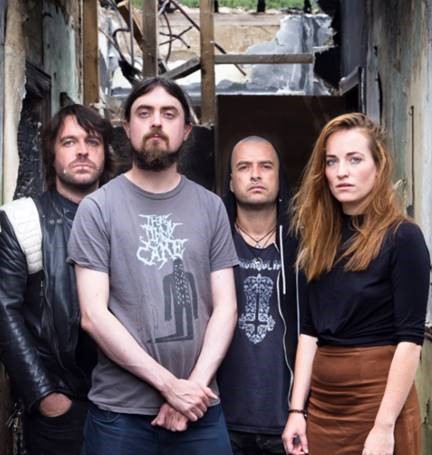