Now, the band are pleased to confirm UK and European tour dates for June including London’s Roundhouse.

The Main Thing delivers the band’s most inspired and self-aware set of songs to date, created over the course of a year at upstate New York’s Marcata Sound with producer Kevin McMahon (who engineered 2011’s Days). Across the 13 interrogative tracks – as full of depth, strangeness, and contradictions as they are lifting hooks – the band balances existential, environmental, and political anxieties with fatherly sentiments, self-satirizing lyrics, forever-lively guitar lines, and shimmering strings.

The band underwent a collaborative evolution for this album, which saw each member experimenting in new roles, and alongside Sylvan Esso’s Amelia Meath, Matt Barrick of The Walkmen, Aaron Johnston of Brazilian Girls and a string quartet all play on the record.

16th April - The Vogue - Indianapolis, IN

22nd May - Revolution Hall - Portland, OR

UK and European tickets on sale 24th Jan 10am 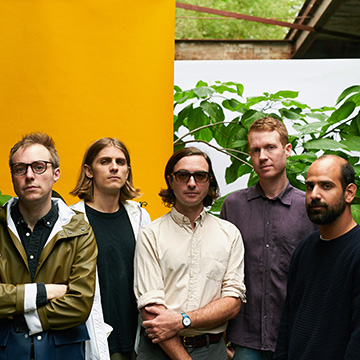