IDLES have announced much-anticipated new UK and Irish tour dates for May and June 2021. A band long revered for the power of their live shows, these new dates will include back-to-back shows at London's O2 Academy Brixton, Glasgow Barrowlands and Vicar Street in Dublin.

Dates are as follows:

As a thank you, the band are also offering a limited number of free tickets for key workers with availability on a first-come-first-served basis here: http://livenation.uk/gVqC30r5zncOffer closes 8am Wednesday 26th August. Only UK / EIRE resident Key Workers may apply.Fans can also sign up to their mailing list for further news at: IDLES.LNK.TO/NEWS

The news of the tour follows the announcement of the band's latest single from their forthcoming LP ‘Ultra Mono’ (out Sept 25 via Partisan), “Model Village”. The new single decries the often-dangerous small-town fishbowl mentality, while its jet-powered instrumentation leans heavily into the band’s love of hip-hop (Kenny Beats provided additional programming on the album). The song is accompanied by an animated music video directed by Michel Gondry (Daft Punk, Radiohead, The White Stripes) and Olivier Gondry, created in collaboration with WePresent, WeTransfer’s editorial platform.Listen/watch below:IDLES – “Model Village”

(dir. by Michel Gondry and Olivier Gondry, made in collaboration with WePresent)

Front man Joe Talbot elaborates on the song’s meaning: “I hated growing up in a city that was really a town that was really a fishbowl. I left as soon as I could, only to realise the fishbowl didn't exist... just the fish, and they're everywhere.”The video was painstakingly pieced together over a period of weeks, with Michel held up in his LA studio, cutting out hand-drawn bits of paper into characters and shapes, arranging them on lightboxes, and filming from above on his iPhone before sending everything to Olivier in Paris, where he’d then take the collages and bring them to life through CGI. The video premiered last week on WePresent, accompanied by BTS material and an exclusive interview with Joe and both filmmakers, delving into their creative process. Michel tells WePresent, “Olivier and I were excited to work on this because we use completely opposite techniques. I work with a primitive system of cutting paper and moving it under the lens frame by frame. Olivier then transforms it by morphing, warping and CGI. Adding, “Basically, in the first part we try to illustrate the lyrics as close as possible, to create the world, and then in the second half...they go to the moon.”

On the creation of the video, Talbot explains: “Michel’s work is handmade and it's human and that's something that our society pushes against: you need to be perfect. You need to look perfect and everything needs to be seamless and strong. But actually, vulnerability and naivety are strengths. To be vulnerable and to be naive is to have empathy. And so, to empathize with your adversaries and allow yourself to be naked on film or on record is a really strong thing to do. It liberates you and it also liberates your audience. That's something that I hope that IDLES can do, and that Gondry's been doing for years.”“Model Village” follows the release of other ‘Ultra Mono’ highlights “Mr. Motivator,” “A Hymn,” and “Grounds,” the latter of which earned a spotlight in the NY Times (“What’s a British post-punk band to do at a moment of black American protest that has spread worldwide? Slam and declare solidarity.”)Ahead of release, IDLES are hosting a series of three live performances from Abbey Road on Aug 29 & 30, which will be professionally recorded, filmed, and livestreamed. Tickets on sale now, more info and link to purchase HERE. The band has also just announced the (each completely unique) setlist for each performance, which is available HERE.Produced by Nick Launay (Nick Cave, Yeah Yeah Yeahs, Arcade Fire) and Adam ‘Atom’ Greenspan (Anna Calvi, Cut Copy), ‘Ultra Mono’ was sonically constructed to capture the feeling of a hip-hop record. The album also features guest vocals from Jehnny Beth (Savages), and additional guest contributions from Warren Ellis (Nick Cave and the Bad Seeds), David Yow (The Jesus Lizard), and Jamie Cullum.WePresent, the editorial platform of WeTransfer, showcases the best in art, photography, music, and more, offering readers a fresh take on the maddening mystery of creative ideas. Championing diversity in everything it does, WePresent scours the globe for unexpected stories about creativity, from emerging young talent to renowned artists like Solange, Riz Ahmed, John Legend, Tyler Mitchell, Bjork, FKA twigs, and Bernardine Evaristo. 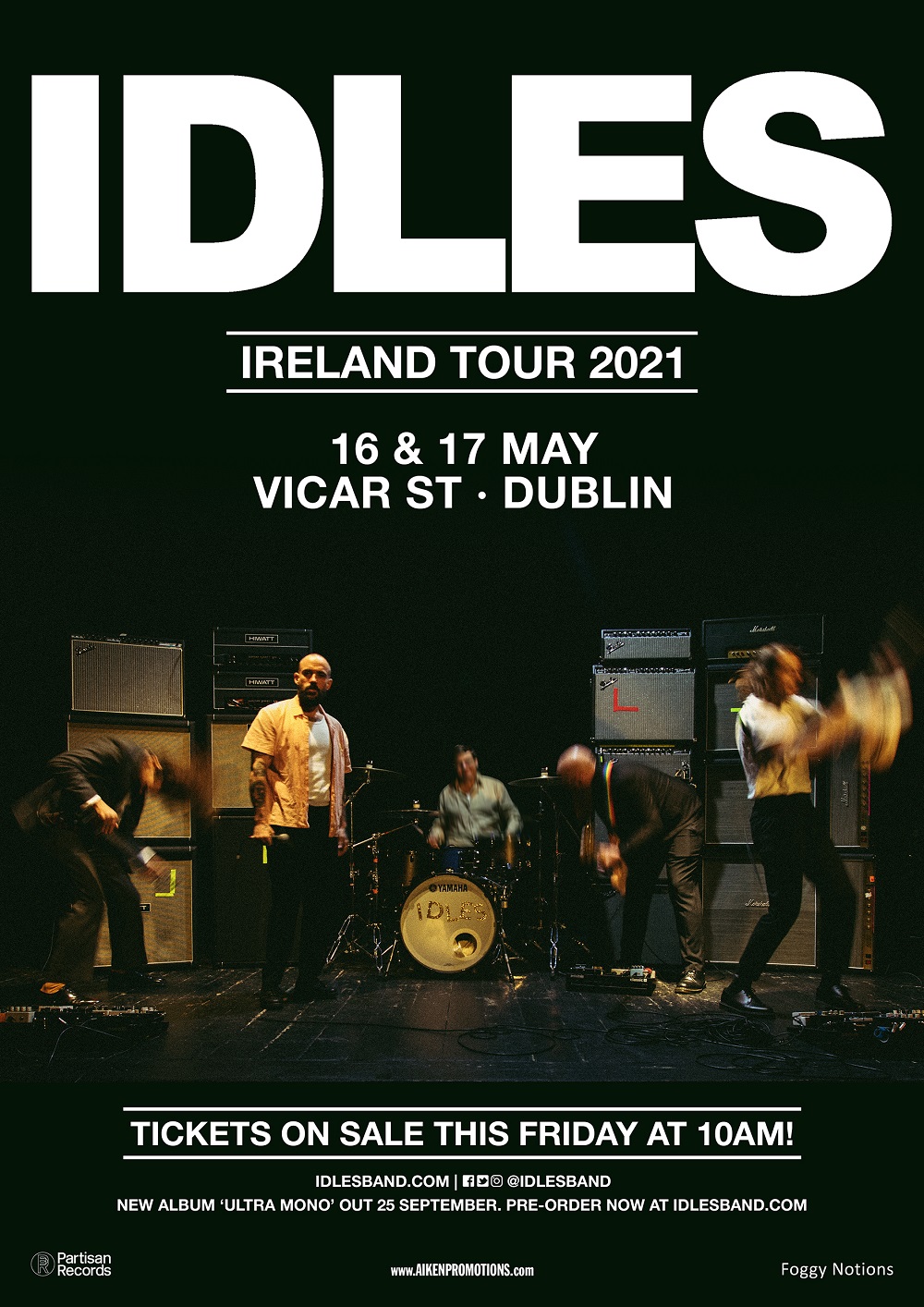