Goo Goo Dolls are delighted to confirm their first visit to UK/IE since February 2020. The tour kicks off in Dublin on June 13th 2023 with a Show at Vicar Street, Dublin.

Singer John Rzeznik said “Hello everyone we are excited to be heading back to the UK and Ireland for the first time in over 3 years!  Robby and I can’t wait to see all your faces again!”

With more than 30 years together as a band and over 12 million albums sold, four-time GRAMMY-nominated rock band Goo Goo Dolls released their 13th studio album Chaos In Bloom earlier this year. As the first record of their career to be produced by front man John Rzeznik, Chaos in Bloom found the band continuing to evolve artistically as they have over the last four decades together. It’s an album of biting sarcasm, stadium-ready choruses, and the type of spear-sharp song-writing that’s led them to becoming one of the most influential alternative rock outfits of all time. Listen to the album HERE and check out the videos Yeah, I Like You” and “You Are The Answer”.

This year also saw their indelible smash hit “Iris” officially eclipse 1 billion streams on Spotify as well as being the BBC’s most streamed song from 1998.

Goo Goo Dolls recently finished a mammoth 70 date tour of the U.S and have just announced another outing for next summer.  They partnered with the Joe Torre Safe At Home Foundation for the tour, a non-profit founded in 2002 by Ali and Joe Torre to provide healing and education services to youth who have been traumatized by exposure to violence including domestic violence, child abuse, teen dating abuse, and sexual assault to help break the cycle of violence.  You can catch a solo acoustic performance from John Rzeznik from the iHeartRadio Theatre stage in Los Angeles on December 13th. The show will stream at 7pm PT/10pmET/3amGMT on YouTube.com/iHeartRadio.

Formed in Buffalo, NY during1986 by John Rzeznik and Robby Takac, Goo Goo Dolls quietly broke records, contributed a string of staples to the American songbook, connected to millions of fans, and indelibly impacted popular music for three-plus decades. In addition to selling 12 million records worldwide, the group garnered four GRAMMY® Award nominations and seized a page in the history books by achieving 14 number one and Top 10 hits at Hot AC in the USA. As a result, they hold the all-time radio record for “Most Top 10 Singles.”

Goo Goo Dolls’ music has been covered by everyone from Taylor Swift to Leona Lewis. Among many accolades, John received the prestigious “Hal David Starlight Award” in 2008.

Following their 2018 sold-out twentieth anniversary tour in celebration of Dizzy Up The Girl,    the band wrote and recorded their twelfth full-length album, Miracle Pill (Warner Records),  This was followed by their thirteenth studio album ‘Chaos In Bloom’ which saw the band returning to their roots using an analogue-to-tape recording process as well as vintage amps & pedals.

Tickets for Goo Goo Dolls live in Dublin go sale FRIDAY 16 DECEMBER at 10AM from: 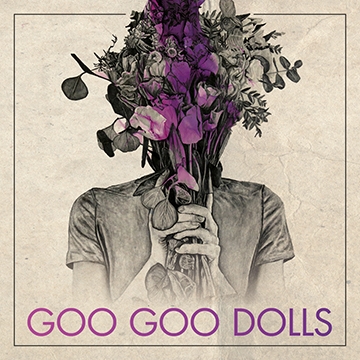