Thundercat - long-standing member of Flying Lotus' Brainfeeder family - will embark on an extensive live tour through the US and Europe in February, March and April of 2017, joined by his friends Dennis Hamm (keys) and Justin Brown (drums). The bassist / singer-songwriter has enjoyed an insanely hectic but productive 2016, winning his first Grammy award for his contribution to 'These Walls' from Kendrick Lamar's opus "To Pimp A Butterfly"; playing the landmark Brainfeeder showcase at the Hollywood Bowl alongside Flying Lotus, George Clinton & Parliament Funkadelic, Shabazz Palaces and The Gaslamp Killer; and releasing the single 'Bus In These Streets' to universal acclaim. He has also guested on Comedy Central's "Why? With Hannibal Buress" and cult late-night talk show "The Eric André Show". 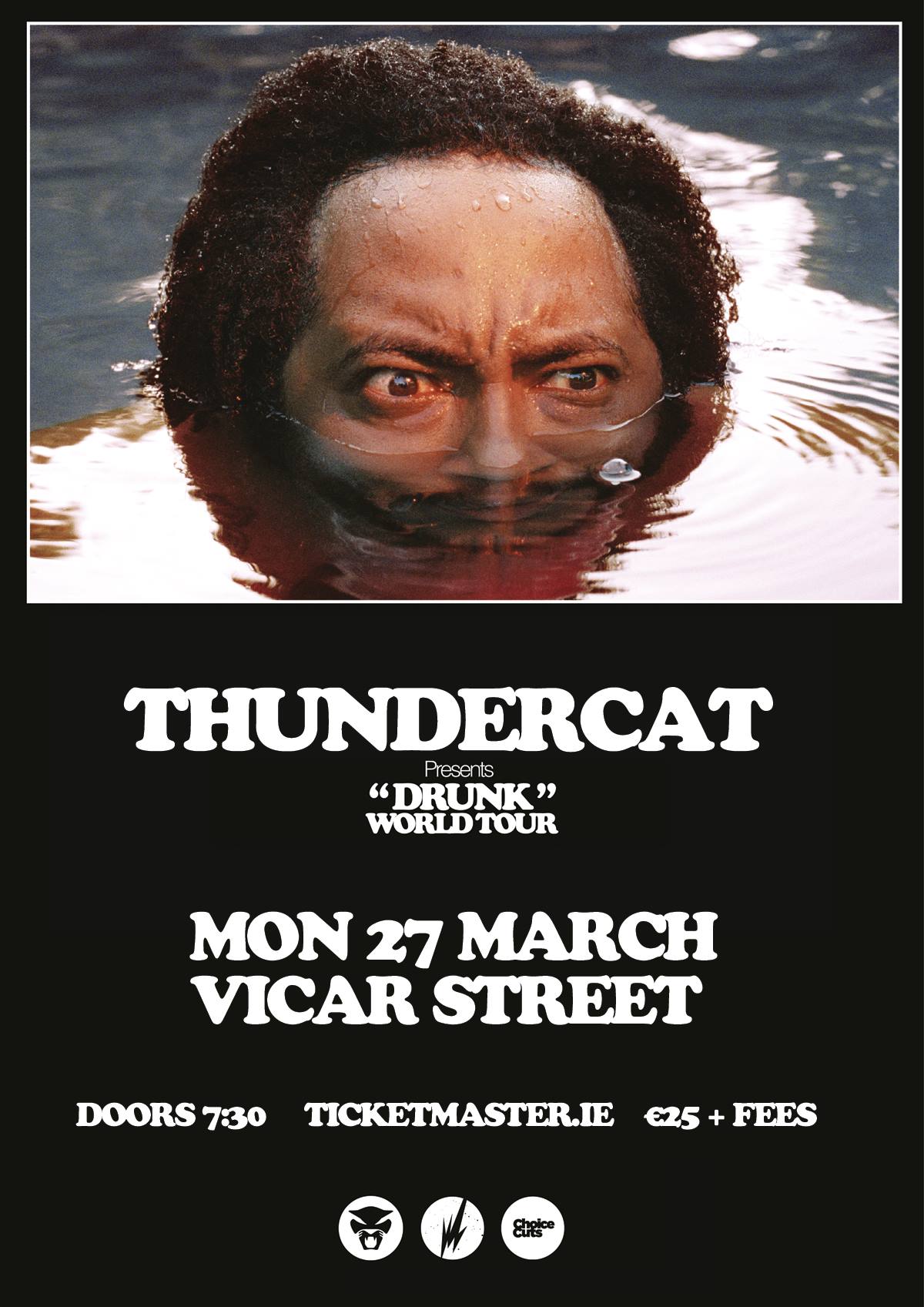