Following the release of their fourth album ‘No Rules Sandy’, Sylvan Esso will make their highly anticipated return to Dublin’s Vicar Street, 4th July next year.

Some bands can create entire albums on short-term writing jags, but until now, Meath says, Sylvan Esso was not one of them. But that speed— and the resulting looseness and live-wire energy in their songs— is one of many things that feels like brand-new territory in No Rules Sandy, their fourth studio album.

Describing their first three albums as a trilogy that is now complete, Meath and Sanborn see No Rules Sandy as the beginning of a new period, with songs that are “wilder and stranger and more cathartic than the band used to be,” as Sanborn puts it. “It feels like who we actually are,” Meath adds. “It just feels like us. We’re not trying to fit into the mold, just happily being our freak selves.”

The album’s title is taken from a snippet of background vocal in “Your Reality,” a slippery, complexly layered track in which Meath sings what feels like a preoccupying question of the post-pandemic world: “Let me remember how to live my life/were there rules originally/or are we learning how to be?” As in so many previous Sylvan Esso songs Meath’s voice is direct and dominant, but the “no rules Sandy” background vocal is different— echoing and hypnotic, swooping underneath Sanborn’s percussive synth as well as a string arrangement from Gabriel Kahane. Sanborn says that vocal, and the song itself, became a reference point for the album,  “for how weird we could take it— how bare and strange something could be.”

“Our whole career up until now, I feel like everything's been really considered, and we've maybe overthought a lot of the music,” Sanborn says. “I think that might be the ultimate effect of like the last record and the pandemic— feeling like, fuck that, I know what I want. And it's now, or never. So let's get out there and do it.” 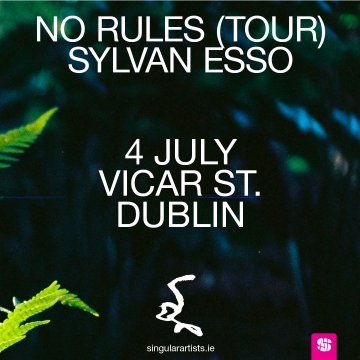